No deadline yet for selecting a new member 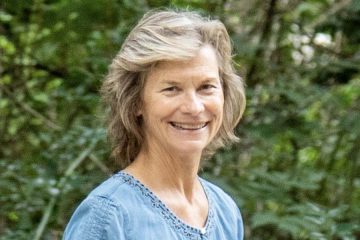 The Southern Shores Town Council is soliciting applicants interested in filling the vacated council seat left by Elizabeth Morey, who was sworn in as mayor during the Dec. 7 Town Council meeting.

Morey easily defeated opponent Rod McCaughey during last month’s municipal election, leaving her council seat with a term that expires in 2023. Tom Bennett served as mayor for two four-year terms before deciding not to run for re-election. Paula Sherlock, who won the race for the open council seat vacated by Jim Conners, was also sworn in during the Dec. 7 meeting.

Council members directed staff to advertise the vacancy and create an application so that interested residents can apply. A release issued by Southern Shores on Dec. 8 noted that the council has not set a date for filling the vacancy. All applications submitted as of Dec. 30 will be presented to the council for discussion at its Jan. 4, 2022 regular meeting. Applications submitted after Dec. 30 will be submitted to the council as they are received and until an appointment is made.

Anyone interested in that council seat should submit an application to the town clerk by email, in-person, or mail.

With a current council of four members, a tie vote on filling the vacancy could mean that ultimately the candidate would be chosen by a coin toss, council members indicated.