An ‘atmosphere of looking the other way’

Hotline Board faulted for lack of transparency, accountability

On Nov. 11, the Outer Banks Hotline Board announced it had chosen one of its own, Board Member Bronwyn Thornton, to become the organization’s new Executive Director.

Her appointment came at a time of turmoil and transition at the Hotline following this summer’s rapid-fire firings of Thrift Stores General Manger Tammy Cross and Hotline Executive Director Michael Lewis. Lewis was dismissed amid several allegations of sexual harassment and inappropriate workplace behavior and his departure came after the Hotline Board had hired a private investigator.

Lewis, who worked at the Hotline for more than two decades, had been its executive director since 2015. Cross was a 17-year-employee. Their firings were confirmed about a month after the Voice published a July 21 story detailing allegations about Lewis that led former Hotline Safe House Manager Katy Haslar to file a formal complaint in June with the Hotline Board that was also sent to the North Carolina Council for Women and Youth Involvement.

An Oct. 15 Voice story also included detailed accounts from two other former Hotline employees who conveyed having similar experiences with Lewis — one of whom wrote a letter of complaint to the Hotline Board back in 2012 and says she never received a response.

The Hotline has not publicly said why it fired Cross and Lewis and has not publicly addressed the allegations against him. It has not publicly explained the mission and mandate of the investigation by private investigator Beth Pollard, nor has it revealed any of the findings in her report. Pollard told the Voice that after submitting that report in September, she was never contacted by the board for any follow-up. (The board says it “saw no need for further follow up or clarification.”)

It’s also worth noting that in Nov. 11 press release announcing Thornton’s selection as Executive Director, there was not a mention of the recent circumstances and events at the organization that led to her appointment.

The nonprofit Hotline provides crucial services including crisis intervention, safe house, advocacy and education services for people in abusive and vulnerable situations — many of them women. Its financial supporters include governmental agencies such the North Carolina Department of Administration’s Council for Women & Youth Involvement and the NC Department of Public Safety.

But Voice interviews with 10 former Hotline employees, board members and organization leaders find widespread criticism and concern about how the board has handled the current crisis, a lack of transparency and its decision to choose a fellow board member as Executive Director.

Nancy Griffin, who became the Hotline’s first paid director in 1983 and later served as the board chair, told the Voice she is distressed that an organization that depends on public funding and public confidence isn’t offering a public accounting.

“I don’t know if Hotline can survive this lack of transparency,” Griffin says. “It will be difficult for any organization, but especially Hotline, that is supposed to defend vulnerable people, to survive without changing the way they respond to accusations.”

Some former Hotline officials also criticize the decision to hire an insider and board member as Executive Director.

“I do not support [the hiring],” said former Board Hotline Member Courtney Gallop. Thornton “was obviously on the board when problems were going on. It seems to me that things were percolating and fermenting for a long time, and they could have done something. There should have been a completely neutral, vetted party to step in.”

“When a nonprofit is provided with tax exempt status by the IRS, that comes along with an expectation for transparency and responsibility,” said Matthew Viola, an official at Charity Navigator, an organization that evaluates nonprofit organizations. “They should be sure to have good governance practices in place across the organization.  In addition, an organization should be transparent regarding any issues they are facing. If only at a minimum, to cultivate trust with their donors, constituents and any other stakeholder.”

Shortly after the announcement of Thornton’s selection as Executive Director, Hotline officials declined a Voice interview request to discuss her selection as well as their plans for moving forward at the organization.

But in response to several Voice follow-up questions, Hotline Board Chair Judy Burnette this week emailed a statement responding to the criticism.

“Hotline was blindsided by the allegations that were presented to the organization this summer,” the statement read. “We provided public statements to clarify matters when prudence allowed, such as confirming the termination of key staff and the appointment of others to key positions.  Through this process, the Board has been committed to maintaining the high level of service Hotline provides to the community while balancing the desire and need to respond to allegations with the need to avoid violating the rights of current and former staff, clients, and volunteers.”

An atmosphere of ‘looking the other way’ 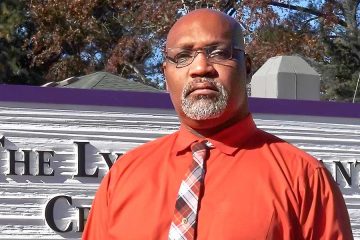 No reason has been given for Michael Lewis’ firing.

Aside from the firings of Lewis and Cross, the Voice has confirmed that a number of other key staffers have resigned in the days since the firings. Those resignations include the organization’s associate director, human trafficking specialist, grants manager, LGBTQ+ advocate and social media coordinator.

Asked to confirm these resignations and indicate if any of the individuals have been replaced, the Hotline statement said that the “Hotline faces the same challenge of hiring and maintaining staff that most businesses face due to the shortage of available labor.”

Almost immediately after the Voice published its July 21 story, the Hotline announced that Lewis had been place on administrative leave and that Heather Chavez, the organization’s sexual assault advocate at the time, had been appointed Acting Executive Director.  Once Thornton was announced as Lewis’ permanent replacement, Chavez was made director of outreach and development. The Hotline’s administrative assistant was then promoted to the post of sexual assault advocate.

In regard to Chavez, the Hotline statement lauded her service to the organization, adding that “As the Director of Outreach and Development, Heather will work to turn those weakness into strengths by reevaluating our training, programs, community outreach, education and also working in collaboration with other community agencies to identify vulnerable populations and designing and implement programs for those communities.”

The former employees and board members interviewed by the Voice spoke in virtually one voice when it came to concerns over the Hotline Board’s communication and transparency. Katy Haslar, the former safe house manager who alleged sexual harassment by Lewis, said she has never been contacted by the Hotline about the findings of the private investigator’s report.

“I feel that communication about the issues, both with the victims and with concerned citizens, is the only way forward to re-instill faith and trust from the community — trust that the organization actually is fulfilling its mission and taking accountability for the damage done by former employees under the governing board’s watch,” she said.

“As an organization that helps people in those situations, they should have believed the victims. In our training in this field we are taught that we are not there to question, we are there to listen,” she said. “The way they are acting makes it feel like they just want to push it all under the rug…Hotline could be a great place for the Outer Banks, but not with the people currently running it.”

“The fact that they are not cooperating with the press as a non-profit, publicly funded organization…there is no way they can say that’s justifiable,” said a prominent figure who has been involved with Hotline for a long time.

“The only way it can be salvageable is if the board resigns, Thornton resigns, and they start completely fresh,” she asserted. “How can any employee or client feel safe with this atmosphere of looking the other way?” 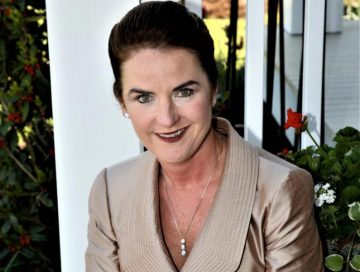 The Hotline Board turned to one of its own, Bronwyn Thornton, to replace Lewis

The Hotline statement said that “After reviewing over 350 resumes, numerous phone and virtual interviews, the Board decided that [Thornton’s] business experience, leadership and networking skills made her the most qualified person for the position as Executive Director.”

But there is nothing on her resume that indicates any experience with an agency that provides the services of the Hotline, and some wonder about the search process itself. While no one the Voice spoke to was personally critical of Thornton, these former employees say her selection as Executive Director sends a bad message.

Jenn Lane, a former safe house manager says that by hiring Thornton, the Hotline Board is “digging themselves deeper and deeper…Why didn’t they do a search [for a new Executive Director]? Why are they not wanting to divulge anything? This is a non-profit organization. What’s going on there?”

“It has been a closed board for too long,” added Nancy Griffin. “The way a standard, functional board works is that there is staggered turnover. There is always fresh blood coming in and overlap with older board members to help teach the new.”

“You don’t learn from doing everything right. You make mistakes,” Griffin added. “I can forgive [the Hotline Board] for making mistakes. I can’t forgive them for not acknowledging them, and learning from them, and saying what they’re going to do differently.”