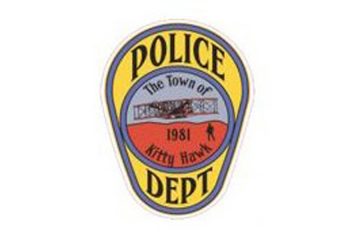 At its Jan. 10 meeting, the Kitty Hawk Town Council moved closer to the construction of a facility on U.S. 158 near Bennett Street that will eventually house the town’s Police Department as well as a Fire and Emergency Medical Services (EMS) substation.

The council unanimously approved moving into the second phase of an agreement with Maryland-based Manns Woodward Studios for architectural services, allocating $621,950 so the firm can continue its work now that a preliminary floor plan design needs assessment has been completed.

The second phase will allow for the development of construction documents and the architectural oversight of the building. The current police station on Kitty Hawk Road has been plagued with repeated flooding during rain events.

Town Manager Andy Stewart has said that the county is ready to move on its portion of the building when the town is ready. The town owns the 1.83-acre parcel at the proposed site of the estimated $3.2 million facility, and early this year, the county agreed to piggyback onto the project to construct an EMS substation as part of building. The substation would account for approximately $500,000 of the cost.

Stewart noted that the construction manager would be able to work with the architect, identify local contractors and provide the town with a maximum cost of the project. Kitty Hawk Mayor Craig Garriss, who along with Stewart consulted with County Manager Bobby Outten prior to the Jan. 10 meeting, said that hiring a construction manager was the best way to speed up the process.

“At that point, we’ll have an agreement with them and then they would be responsible for constructing the project that is designed,” he said. “The architect has said that if we go this route, it would also speed up the project by about sixty days because it gives them someone to work with to determine some of the best methods to use here.”

“I’m in favor of doing whatever it takes to expedite the project, but I’m not going to sit here and say that I’m not beyond frustrated with how this is going…we’ve talked about it over and over and over,” he said.  “Our police officers are sitting down there in flooded water whenever there are storms. I mean, I’m not trying to rehash it all, but I really want to see some movement on this project.”