WHAT TO WATCH ON TV
Stream On: Remembering the queen (and muse) of TV, Betty White 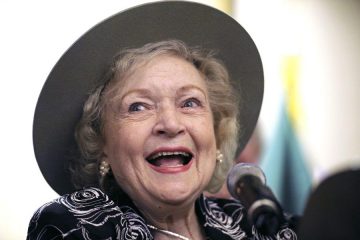 I was born Betty Marion White—my mother christened me “Betty” because she didn’t want “Elizabeth”—she didn’t want any of the knicknames. Obviously, Elizabeth Taylor didn’t do very well, so that’s how smart my mother was… (Betty White, interview with the Television Academy Foundation, June 4, 1997. Watch it here.)

December saw the passing at 99 of the beloved first woman to appear on television, in 1939[^], who was also the first woman to produce a sitcom, Life with Elizabeth (1951), and who was still at work in 2019, Betty White. If you were born in 1940, Betty White had already been on TV.

Below is but mere a sampling of Betty’s prodigious résumé. 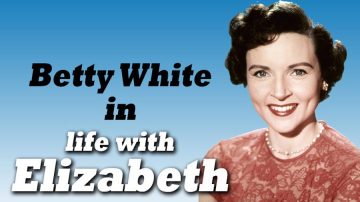 Betty was top-billed early on. Episode one of Betty’s almost eponymous TV sitcom of 1951, continuing sketches shown on her 1949 talk show Hollywood on Television, was billed as “Betty White in Life with Elizabeth, featuring Del Moore.”

The series proper began with newlywed Elizabeth crying in the kitchen. The announcer, from beyond the fourth wall, says, “How are you tonight? That bad, huh? How’d the biscuits turn out?” Wordlessly, Betty lifts a finger and reaches into the oven. “Elizabeth,” says the announcer, “you shouldn’t take them out of the oven! They might fall!” Betty brings them to the stovetop, revealing seven- and eight-inch-tall cylinders. “Well … they look fluffy, anyway,” he says, and she, still silent, takes one and bangs it on the edge of the oven. It sounds like concrete. The phone rings, and we hear Betty’s voice for the first time, whining: “Hello? Oh, Mama! Why didn’t you teach me how to cook? I made some biscuits just now and they look like the ruins of the Acropolis!”

Betty’s fans in the 21st century might be surprised to see this young, beautiful, pert girl, this “newlywed,” crying into a telephone on TV. Betty White, who was earlier strangely turned down for one TV job as being “not photogenic,” before she began working on radio. Her charm and comic timing are dazzling. This was 16 years after she first stood in front of a TV camera, already an established radio star.

Elizabeth is interrupted on the phone when a ridiculous flannel-shirted, wool-capped stranger wanders into her house, explaining that he’s a friend of her husband Alvin, and he’ll “set and wait” for him to get home from work, and commences whittling on a stick. “Smell something burning?” he asks, which sends Elizabeth into the kitchen, only to come back and dial the phone. “Mama? Is tapioca supposed to explode?”

The sets, situation and jokes are simple, perhaps adapted from some radio scripts, but Betty is electric—charming and very funny. The first episodes were broadcast live from the studio, and are flawless. Betty earned her first Primetime Emmy nomination in 1951, and her first win in 1952 as “most outstanding female personality.” 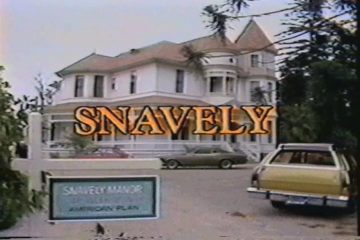 This was news even to me: I know of, and watched, two unsuccessful American adaptations of Fawlty Towers, with Bea Arthur and John Larroquette respectively, but Snavely flew right under my radar. I don’t know who actually saw it, but only the pilot seems to have been produced. The teleplay by Dean Hargrove (Matlock, Columbo) was directed by Hal Cooper (Maude) between the first and second seasons of the U.K.’s Fawlty Towers, and comprised situations from two episodes of the British show’s first season. Harvey Korman played the Basil Fawlty character, Henry Snavely; and Betty played his wife. The sets were eerily similar to Towers‘, and the script is an almost word-for-word rewrite of “The Hotel Inspectors,” with a subplot from “The Germans,” and some choice additions.

Korman plays very close to John Cleese’s original Fawlty, but Betty shines through unalloyed, and her deft characterization owes nothing to Prunella Scales’ Sybil Fawlty. The added dialog and jokes were funny enough; the entire cast was terrific, but Fawlty Towers was already on American TV. Adapting British sitcoms produced All in the Family (1971), Sanford & Son (1972), Three’s Company (1977) and Cracker (1993) and more, which were popularly or critically successful, but the British originals were not available in the American market, and more, Fawlty Towers was lightning in a bottle: one of TV’s greatest sitcoms, it only lasted for 12 episodes.

Still, the 25 extant minutes of Snavely are worth a look, especially as the pilot is freely available on both YouTube and Dailymotion. 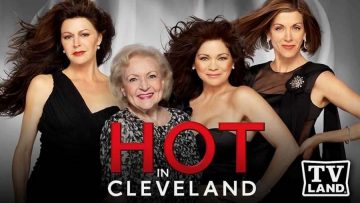 Betty’s character here was the mysterious and astringent Elka Ostrovsky, caretaker of the house in which Bertinelli’s, Leeves’ and Malick’s characters, ageing Hollywood veterans, stay after an emergency landing lands them in Cleveland, to their initial dismay.

Elka, who is 88 (as Betty was during the 1st season), is the widow of a mobster, a sexually active, two-fisted drinker, whose cottage behind the girls’ house smells of pot. In many ways it was the character Betty White was born to play, and she totally nails it, repeatedly.

Since her passing, Twitter has hosted countless tributes to Betty, about how much she meant to her fans (which was virtually anyone who ever saw her on TV). There is some new old news, too: Hulu is rebroadcasting the spinoff of Betty’s most successful project: The Golden Palace (1992-1993) has Betty, Rue McClanahan and Estelle Getty reprising their Golden Girls roles, plus Cheech Marin and Don Cheadle. I’m watching it myself after I finish rewatching The Golden Girls.