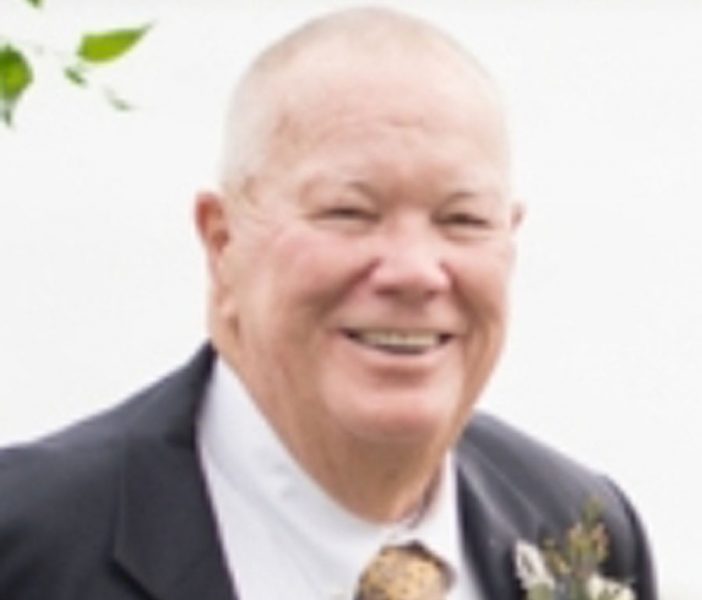 Mike…. Fella…..Moose…. Big Mike…. Coach…. Dad….G-Poppy….. so many names, and they only tell a small part of a big life of a man who filled all these roles for so many people. Charles Michael Herring was born on November 28, 1945, to Charles S. and Pauline L. Herring in Tulsa, OK, beginning a journey that would span 76 years and touch thousands of lives in the classroom, on the football field, in the shop, the community, the church and his home.

Mike was raised in Whiteville, NC, the oldest of his three brothers and sister. Moose excelled on the gridiron, and he earned the opportunity to play in the East-West Shrine Bowl, as well as an athletic scholarship to play football at East Carolina University. Moose continued to excel on the field at ECU where he was a part of the 1965 Tangerine Bowl winning team. He was proud of all was able to accomplish through the game and took immense joy in seeing his children’s and grandchildren’s faces light up when they saw his name in the record books years after leaving the game. He loved the Purple and Gold of his Pirates!

It was while he was at East Carolina that he met and married his first wife, Susan, in 1967. The two of them had dreams of traveling the world as he was enlisted in Officer Candidate Training with the U.S. Navy but due to injuries sustained on the football field, he was unable to pursue this dream. While traveling to the Outer Banks for a family function, as fate would have it, they ran into Mike’s high school coach and teacher, Walter “Buck” Jolly at a gas station in Elizabeth City. Coach Jolly hired him on the spot to come to Elizabeth City Junior High School to coach football and teach shop. So, in August 1969, the pair brought their growing family to Elizabeth City and began a life that was dedicated to the youth of the tiny river town.

For the next sixteen years, Coach Herring helped shape the lives of hundreds of young men on the field at both the Junior High and Northeastern High School, with three of those years as Head Coach at NHS. He strived for excellence always. He was a tough but fair, hard-nosed football coach that cared about the character of the young men he was working with as much as the win-loss record. It was extremely important to him that they not just be good football players, he wanted them to be even better people. Many of these men went on to spend many years teaching and coaching the next generations of football players, sharing the love of the game and life, and that was always a major source of pride for him. Anytime he ran into one of his former players or students, his face would light up at being able to see them and remember the good old days.

Not only was he skilled on the field, but he could turn a piece of ordinary wood into a fine piece of furniture or art. He took considerable pride in his shop in the Annex of Elizabeth City Junior High School and loved teaching all the students that walked through those doors to appreciate and care for the tools of the trade as he did. He also shared his craftmanship skills with the local theatre group, The Albemarle Players, building sets and props for many years. He would build and Susan would paint, bringing their creations to life on the stage. If you ever stopped by the house, you could often find him in a pile of sawdust turning that plain piece of wood into the next creation that he was shaping.

Mike dearly loved his family, friends, and community. He took extraordinary pride in participating in events in the community. He could often be found working events with the E. C. Jaycees, setting up and organizing huge 4th of July events in his neighborhood of Pine Lakes and hosting neighborhood street dances and fish frys. He was instrumental in a lot of the childhood memories of all the kids that grew up in Pine Lakes as they were always welcome at the house to swim and hang out. If there was something that needed to be done, he was always willing to lend a hand. Mike was also a past member of New Lebanon Lodge #314 and enjoyed the fellowship and service of the Lodge.

After leaving teaching and coaching in 1985, Mike started a commercial construction business and was soon joined by his son Jon. The two of them worked side by side, traveling and building gas stations and convenience stores for many years. Soon after Susan’s death in 2006, Mike decided to retire and spend more time with his daughter Michaelle’s children, following them as they pursued their dreams. It was during this time that Mike and his family were blessed to have JoAnn bravely take on the challenge of attempting to coordinate this crazy life of his. His family often tells JoAnn that she is the guardian angel Susan sent to take care of Mike……… because she knew he needed one!

Mike and JoAnn got married in August 2012 and the two of them brought together their families and created a life that gave each of them the happiness they so needed at that point in their lives. They enjoyed traveling and going to the grandchildren’s events……relishing the life they were building and each other every day. Together they enjoyed supporting their church and all that their ministry were doing. JoAnn was the calming, guiding light Mike needed and she has stood by his side throughout his health struggles the last few years and the loss of his son Jon, never wavering, never faltering……

Although Mike accomplished much personally and professionally, the greatest source of pride for him was his children, Jon and Michaelle, but his grandchildren…….shew, they swelled his heart to bursting. He never boasted about his accolades, but buddy could he tell you everything Steven, Beth, Logan, Alex, and Audrey were doing! He loved watching them have success in the arena, on the ball diamond, in the classroom, at dance, professionally in their careers……whatever they were doing, they were his world and gave him a reason to keep on keeping on. If there is anything they should remember about their G-Poppy and his love for them, it is “Don’t Stop Believing” …. because he will always believe in them.

Mike leaves to cherish his memory his loving wife, JoAnn Dowdy Herring; his daughter, Michaelle Overman and her husband Nicky, their children Steven, Logan, Beth and husband Blake Stephenson; his daughter in law, Shelly Herring; as well as JoAnn’s daughter, Caroline Lee, her husband Ryan and their children Alex and Audrey; his brothers, Roy (Thelma), Mel (Vivian), Steve (Jennifer); his sister, Karen (Ron) in addition to his brothers in law, Frank Stone and David Dowdy (Mona) and many nieces and nephews.

He was preceded in death by his parents, Charles and Pauline Herring, his first wife, Susan Stone Herring, and his son, Jonathon Michael Herring.

A celebration of life will be held at 2:00 p.m. on Friday, January 28, 2022 at Twiford Memorial Chapel.  The service will be livestreamed at www.facebook.com/TwifordFuneralHome.    A visitation will be held on Thursday from 5:00 – 6:30 p.m. at the funeral home.  Twiford Funeral Home, 405 East Church Street, Elizabeth City, NC 27909 is serving the Herring family.  Online memorial condolences may be sent to the family at www.TwifordFH.com.  To plant a tree in memory of Mr. Herring, please visit www.TwifordFH.com/send-flowers.