WHAT TO WATCH ON TV
Stream On: The persistence of vinyl–’Cadillac Records’ and ‘Sun Records’ 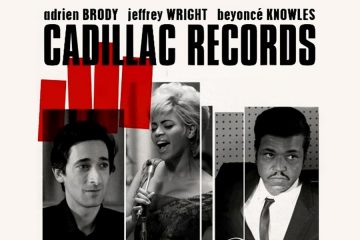 In 1870, composer Richard Wagner had to assemble around 15 string players from the Tonhalle Orchester Zürich downstairs in his Swiss villa to play his beautiful Siegfried Idyll (hear it here) to his wife for her birthday.

Stephen Foster wrote good songs that weren’t too difficult to play at home, so that families and other small gatherings could enjoy music repeatedly. In 1877, Thomas Edison solved the problem of how to capture music so that it could be enjoyed at the listener’s whim. Before that, one had to be 1. Near or at a musical performance, 2. able to play an instrument, or 3. able to whistle or sing; that’s it.

In 2022, I used my Roku TV remote to call up the Siegfried Idyll from Amazon Music and am listening to it now, to prepare a column about two landmarks along the way, the record company that brought the Blues, perhaps America’s first indigenous music, into its living rooms, and the record company most responsible for the synthesis of Rock ‘n’ Roll.

At last, my love has come along. My lonely nights are over—and life is like a song!
(Mack Gordon and Harry Warren)

The first “phonograph records” were created in the late 1890’s; brittle, heavy discs that held 3-5 minutes of music a side, they were designed to be played back at 78-80 rpm. By 1950 these had been all but supplanted by vinyl records designed to be played at 33-1/3 rpm, which held 15 minutes per side of music, good for classical pieces, and for holding several pop songs, the most popular of those also being available individually on 7-inch discs, to be played at 45 rpm. (Most later record players could play all three formats, with switches by which one chose playback speed.)

In 1950 Fiszel and Lejzor Czyż, Polish immigrants who had opened Chicago nightclubs in 1938 booked many blues artists who were emigrating thence from the south, such as McKinley Morganfield (“Muddy Waters”) and Chester Burnett (“Howlin’ Wolf”). The brothers, who had anglicized their name to Chess, bought an interest in the Aristocrat recording company so that they might record some of their acts. They met Sam Phillips (See Sun Records, below) and went on to create the legendary Chess label, by which white audiences worldwide, later including such youngsters as Eric Clapton, Keith Richards, Jimmy Page and others, came to know the blues.

In 1938, perhaps it had to be two Polish immigrants who envisioned making money on the Black south side of Chicago with nightclubs and a record label. Their tumultuous story is very entertainingly imagined on Cadillac Records, with a brilliant cast including Adrien Brody (Hollywoodland) as Lejzor, now Leonard, Chess, Beyoncé as Etta James (who memorably recreates Etta’s hit “At Last”), Jeffrey Wright as Muddy Waters and Cedric the Entertainer as Willie Dixon. And in this standout cast, Eamonn Walker steals the show as Howlin’ Wolf, Muddy Waters’ rival. It ought to go without saying that the music is great, but I’ll say it anyway.

If I could find a white man who had the Negro sound and the Negro feel, I could make a billion dollars.
(Sam Phillips) 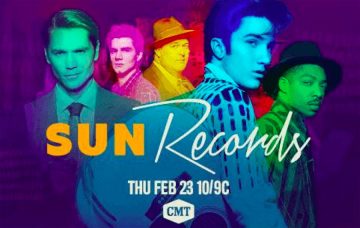 The eight-episode Sun Records, an expansion of the play Million Dollar Quartet, is the story of how Sam Phillips (Chad Michael Murray), who recorded what many consider the first rock ‘n’ roll record (“Rocket 88,” released in 1951 by Chess Records), founded his own recording studio and record label in Memphis, Tennessee. He recorded pianist Jerry Lee Lewis (Christian Lees), who, with his cousin Jimmy Swaggart (Jonah Lees), had become enchanted with Black music they had heard in Louisiana, and who was backing a Carl Perkins (Dustin Ingram) record at Phillips’ studio when a young truck driver, Elvis Presley (Drake Milligan), walked in.

Elvis had earlier paid a few dollars to cut a record, “a gift for his mother,” impressing the musicians who had been there at the time. Phillips called J.R. Cash (Kevin Fonteyene), a gospel singer who had been going by the name Johnny, and recorded the resulting jam session of Lewis, Perkins, Cash and Presley.

Phillips was so inspired he offered a Cadillac to the first of the four to achieve a gold record, and it was go time, while the fortunes of the old guard, as exemplified by Hank Snow (Pokey LaFarge), waned, and Phillips’ own home life deteriorated.

Johnny Cash spent time in the air force; Lewis and his cousin Swaggart tested the limits of their churchgoing family’s tolerance, and Elvis spent all the time he could in the Black neighborhoods of Memphis. Carl Perkins, like Jerry Lee Lewis a sharecropper, had been playing “rockabilly” music professionally at the Cotton Boll and Sand Ditch taverns and on the radio.

I came for the music and stayed for the drama and comedy. History? Not sure, but it was as entertaining as a Jerry Lee Lewis concert!