A year of turnover for OBX restaurants. Why? 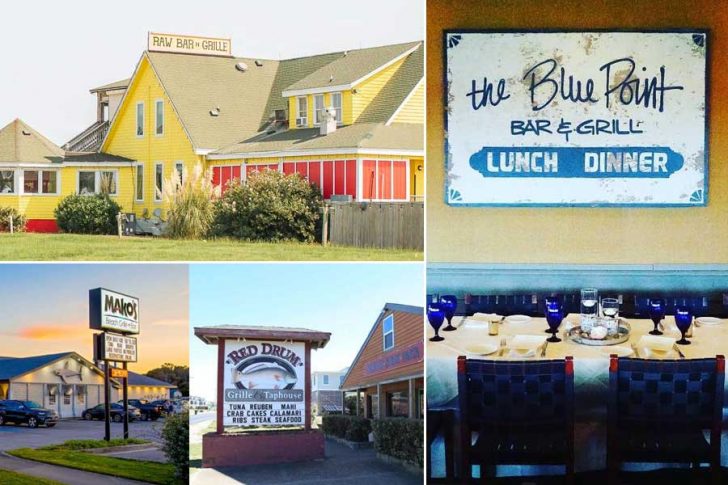 Mulligans, Mako’s, the Blue Point and Red Drum are among the notable restaurants that have changed hands or closed.

By its very nature, the restaurant business is volatile, and change is a constant. Yet this year, as the Outer Banks gets ready for its peak tourist season, there seems to be unprecedented turnover among restaurants with years of tradition in serving residents and visitors.

Blue Point in Duck, along with Red Drum and Mulligans in Nags Head, have new owners, as does Weeping Radish, now in Jarvisburg. Also in Manteo, Lost Colony Brewery and Tavern has a new owner. Mako Mike’s, the last of Mike Kelly’s three big restaurants to be sold, has closed. And although it does not have the history of the other establishments listed, Jeff Schwartzenberg sold his OBX Frozen Yogurt to the folks that own Southern Shores Pizza and Corolla Pizza.

There is no one specific reason why there has been so much sudden change. But the factors cited range from older owners aging out to the burdens of operating among a tourist boom with staffing challenges, as well as the high valuations for owners looking to sell.

Kelly, who has sold his signature Kelly’s Restaurant & Tavern, Pamlico Jack’s and Mako Mike’s the last few years, points out that he’s been in the food service business for some time and there is a time to move on.

“Our first year of working down here was 1972… So it’s going be fifty years for me, nonstop working in the hospitality industry,” he said adding, “I just got aged out a little bit. I’m seventy-one years old. You can’t keep on the pace you were doing before. And I have two children that didn’t want to go into the restaurant business.”

Kelly also noted that some other owners who sold their Outer Banks restaurants started working in food service before they owned an OBX business. He points to Gus Zinovis, until recently the owner of Mulligan’s.

“Back in the 70s and 80s…there was a chain called Milton’s Pizza. It was around Tidewater and there was one down here. Gus was one of the guys that [owned it)]. And they did well. Gus has been in the restaurant business a lot,” he said.

There are other factors, though, that may be a part of why so many restaurants are selling this year.

Wes Stepp, chef and owner of Red Sky Cafe and NC Coast Grill and Bar in Duck has no plans to sell his businesses, but he is aware of how difficult the past two years have been. What he sees is the natural cycle of owners deciding to sell and move on to other projects or retire. He also feels the added pressures of operating a restaurant during a pandemic have accelerated that process.

“We were really busy even though we had COVID, but there’s a lot of layers to the onion of COVID,” he said. “There’s been a real shortage in labor, and a lot of that has to do with COVID. So I think a lot of people met with the dynamic of a lot of change. And it sort of encouraged that natural cycle to go ahead and go a little faster.”

There are other factors as well. Colby Boone is one of the owners of Southern Shores Pizza and Corolla Pizza who recently purchased OBX Frozen Yogurt.

Although Boone and his partners are not planning on selling their businesses, he looks at some of the economic factors on the Outer Banks and sees them contributing to the trend. He’s cautious in his assessment, but he notes that as the ability to work remotely has taken hold, there appears to be a shift in business to places like the Outer Banks. The increase in residents coupled with creating a significant uptick in business, he said, make local restaurants more valuable than ever.

“Our economy and our restaurants kind of picked up the slack because they were…moving here [and] working from home,” he said.

According to the Outer Banks Visitors Bureau, Dare County food and beverage revenues for 2021 increased 51.1% over 2020. However, 2020 was a down year for the local restaurant industry and included a two-month ban on visitors, so a more accurate comparison may be 2019. Compared to 2019, county restaurant revenues increased by 26.5% in 2021, an unprecedented surge for those businesses.

That increase, coupled with other factors has created the ideal time to sell a restaurant for someone who is planning on doing so, according to Boone.

“After COVID, most everyone’s numbers are going to be up,” he said. “Inflation is up, and menus prices have increased. So what that’ll do for you, if you get a valuation, no one’s restaurant has ever been worth as much as it is today.”

There are, however, two sides to the equation. There are buyers for the restaurants that are selling, and although there is no one reason why a business is bought, the new owners see an opportunity in their purchase.

For the Raskin Family, siblings Leigh, Ryan and Jamie, the opportunity to create a family-run hospitality business on the Outer Banks presented itself at the right place at the right time.

Leigh already owned Eventide on the Duck boardwalk—it used to be Wave Deli and Pizza. Jamie had just finished a masters program in hospitality and was as sommelier, and Ryan had been the Blue Point assistant manager for the past nine years.

It was Ryan who started the discussions with Blue Point owners John Power and Sam McCann.

“It just came up in conversation. I said, ‘If you ever do [want to sell] let me know,’” said Ryan Raskin. “Then that kind of happened last year towards the end of summer. We got through COVID and ended up increasing business somehow. We all know how the beach has just grown over the past two years. They actually opened Blue Point at the same age that we are, so it kind of felt natural. It felt good to both parties, I think.”