WHAT TO WATCH ON TV
Stream On: Not everything can be fixed–Ray Donovan and Mayor of Kingstown 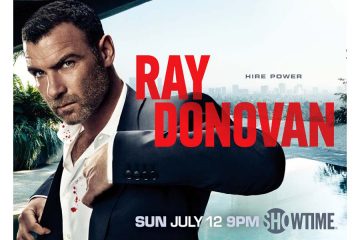 Ten years after a story by writer Ann Biderman was turned into the film American Dreamer in 1984, she was hired to write screenplays for three first-season episodes of David Milch’s NYPD Blue. In 2009 she created the brilliant TV series Southland, about uniform cops and detectives working South Central Los Angeles, which won critics’ hearts and ran for five seasons. In 2013 her show Ray Donovan, about a Hollywood fixer and his family, won the popular acclaim that seemed to pass Southland by.

In 2021 Taylor Sheridan (Yellowstone; 1883; the Frontier film trilogy of Sicario, Hell or High Water and Wind River) and Canadian actor Hugh Dillon (Wind River) created the TV series Mayor of Kingstown, about the McLusky family, power brokers in Kingstown, Michigan, where the business of incarceration is the only thriving industry.

“Money is a kind of poetry.” (Wallace Stevens)

Ray Donovan (Liev Schreiber) is a professional “fixer” who arranges bribes, payoffs, threats, crime-scene clean-up, and other activities that skirt legality to protect his celebrity clients in Hollywood. He works for the prestigious law firm of Goldman and Drexler (Elliott Gould and Peter Jacobson); Ezra Goldman is Ray’s mentor, having rescued him from the mean streets of South Boston. Once Ray was settled, he brought out to Los Angeles his family: his wife Abby (Paula Malcomson, Deadwood) his teenaged son and daughter, and his brothers Terry (Eddy Marsan) and Brendan, known as Bunchy (Dash Mihok).

Terry, an ex-boxer suffering from Parkinson’s, opened the Fite Club, a training gym for boxers, with which Bunchy helps. Simple-minded Bunchy describes himself as a “sexual anorexic”; he had beern abused by the family priest as a child back in Southie.

Ray has assistants Lena (Katherine Moennig) and ex-Mossad agent Avi (Steven Bauer, Wiseguy), who help with grifting and computer hacking, and “wet work,” respectively. When we meet Ray, he must cover up the overdose of a woman sleeping with one of his clients, a famous basketball player. Another client, an actor with a high-budget movie about to be released, is being blackmailed with a sex video. Just another day in the office for Ray; what sets the series in motion is the release of his father Micky (a sublime Jon Voight) from prison, after which Micky kills a priest in Southie whom he believes responsible for Bunchy and sets out for Los Angeles. Ray wants nothing to do with Micky, who is an old-time penny-ante South Boston hoodlum, and seeks to see him back in prison or worse, but Ray’s family is charmed by Mick and bond with him. Micky has brought along his half-black son Darryl (Pooch Hall), an amateur boxer, whom he sired after leaving Ray’s mother.

This setup is interesting enough, even without the guest stars who show up for various arcs: James Woods plays an old enemy of Micky’s, whom Ray brings out to L.A. in order to deal with him; Ian McShane (Deadwood, Kings) is ruthless billionaire Andrew Finney, who wants Ray to work for him, while Finney’s daughter (Katie Holmes) has her own plans for her father’s money and also courts Ray. Susan Sarandon (Who Am I This Time) shows up in season six; she wants Ray to work for her, too. Appearances by Ted Levine (Monk), Alan Alda, Rosanna Arquette, Embeth Davidtz (Fallen), Lisa Bonet and more make Ray Donovan totally bingeworthy. The show ran for seven seasons, then prematurely fell victim to Hollywood studio mergers and acquisitions, until Ray Donovan: The Movie (2022) tied up the loose ends. More fun than when your blockbuster movie star client falls in love with a pre-op transsexual—after she blackmails him! 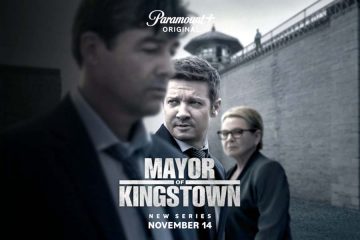 Another paladin, Mike McLusky (Jeremy Renner, Wind River), came up on the mean streets of Kingstown, Michigan, and into one of the many prisons that comprise the commerce of the grimy town. Now out, he works with his ex-cop brother Mitch (Kyle Chandler, Friday Night Lights, Bloodline), the unofficial “mayor of Kingstown,” using their contacts to keep the peace among the prison personnel, inmates, and their several allies outside the prison system, including the Crips.

A third brother, Kyle, still works as a policeman (the brothers’ unsympathetic mother predicts that he’s probably the only one who will die a natural death); the prisons administrators and the police have the McLusky brothers among their contacts, as they can count on them to act as mediators when problems arise among the white, black and brown prisoner factions, the guard communities, the prison administrations and the various law enforcement agencies they brush up against. Their mom (Dianne Wiest) teaches history in the women’s prison (and it’s here that Taylor Sheridan addresses one of his overriding concerns, that of the failure of the American frontier; her lessons are often echoed in the episode’s plot).

In place of the beautiful wide pastoral vistas familiar to viewers of Yellowstone, 1883 et al., are beautiful nighttime aerial shots of urban Kingstown and its several prisons, inky black with clusters of lights and the colorful emissions of various smokestacks. Cinematographer Ben Richardson, who has worked with Sheridan on Wind River, Yellowstone and 1883, has an eye for sunrise and sunsets; they are very often worked into shots and scenes. (I can imagine trailersful of actors and stagehands awaiting word from Richardson on when the sky is good for a shoot.)

And the personal dramas should be familiar to viewers of Sheridan’s other shows: they include family dynasties, greenhorns receiving ad-hoc educations on the sharp edge of things, and explorations in the ways the law and rules are bent by those whose ultimate aim is those rules’ enforcement.

Mike dreams of leaving Kingstown behind (he lives in a rural cabin at some remove from the city); Kyle’s partner Ian Ferguson (co-creator Hugh Dillon) is a hard-nosed cop; and Bunny Washington (Tobi Bamtefa) is the Crips’ leader in Kingstown, who spends his days in a lawn chair selling drugs—and might be Mike’s only friend.

According to Rotten Tomatoes, the professional critics in their ivory towers have given the series a mere 32% score, but audiences have weighed in with an 89% score. I’m with the audiences, but your mileage may vary. As of February 2022, the series has been renewed for a second season.