Update: The North Carolina State Highway Patrol has provided the Voice with this April 21 update on the conditions of the two people in the Ford Explorer that struck the vehicle the Basnights were riding in and who were both hospitalized after the April 18 accident.

The driver, 26-year-old Kyra Skinner, has been released from Norfolk General. Her four-year-old daughter is reported to be in stable condition at the Children’s Hospital of the King’s Daughters.

A spokesman for the State Highway Patrol said the investigation into the fatal collision that took the life of Stephen Basnight Jr. is still ongoing. 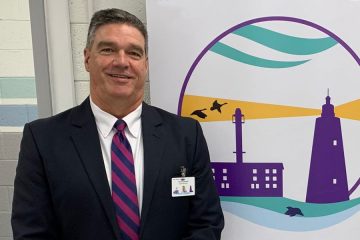 Former Hyde County Schools Superintendent Stephen Basnight was injured, and his father was killed in a two-vehicle accident near Moyock on the evening of Monday, April 18.

According to accounts in the Coastland Times and Ocracoke Observer, the North Carolina State Highway Patrol reported that a Ford Escape driven by Stephen Basnight III, 61 — with his father Stephen Basnight Jr., 87, as a passenger — was struck by a Ford Explorer driven by Kyra Skinner, 26, after the Explorer hydroplaned and traveled left of center.

Skinner and a four-year-old passenger in the Explorer were taken to Norfolk General. Their conditions are not available.

Both Basnights were taken to Norfolk General as well. Stephen Jr. succumbed to his injuries. According to the Observer story, the younger Basnight successfully underwent surgery on his leg and is in stable condition.

Reports say Skinner was charged with driving left of center and exceeding a safe speed in rainy weather conditions, but neither alcohol nor drugs were involved.

Stephen Basnight retired as Superintendent of the Hyde County Schools this year, ending a distinguished 37-year career in education that included serving in Dare, Currituck, and Hyde Counties.

In the wake of the accident, the Hyde County Schools posted this message on Facebook on April 19. “Please remember the Basnight Family as Mr. Basnight recovers from surgery, his mother continues her recovery from a major stroke, and as they grieve the loss of his father.”