A second showing of the Outer Banks movie Call Sign Romeo has been scheduled for its opening night on Saturday.  Call Sign Romeo will be showing at 7pm and 7:15pm on Saturday May 14, and at 4pm on Sunday May 15 at RC Theatres Kill Devil Hills Movie 10. 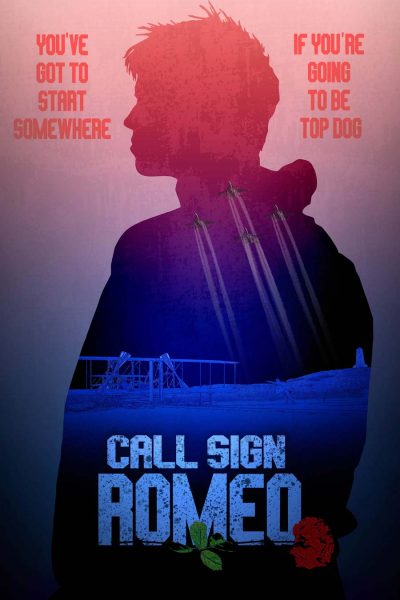 A high school wrestling team going deep in the state championships, the captain of the team hoping to stand on the winner’s podium, a relationship threatened by different priorities, a young man without his father — those are some of the themes that bring Call Sign Romeo to life.

Filmed locally from a script written by producer Sam Cortez, Call Sign Romeo will have its premier Saturday, May 14 at 7 pm at the RC Theater in Kill Devil Hills, a second showing has been added for Sunday May 15 at 4 pm.

For Cortez, who has lived on the Outer Banks for almost 20 years, Call Sign Romeo is about telling a story for the whole family. “It’s an entertaining family friendly movie” he said in a Voice interview. “Basically, it’s a summertime diversion movie. Or over the holidays. You’ve got the full family together. You want to do something with them. You go to the movies and have something entertaining to your teenager, and your middle schooler likes it too. It’s so hard to find that kind of movie.”

Although Cortez wrote the script wanting to create something that would be airy summertime entertainment, the movie delves into real life situations. “It’s inspired by a true story. A lot of things that happened in the movie happened in life,” he said.

The story focuses on Chris Torres, a high school wrestler hoping to get into the Naval Academy so he can fly jets. As that is happening, his girlfriend is hoping for an appointment to West Point. That is taken straight from actual events as are other parts to the story.

“Much of the action is inspired by actual events that occurred during the state championship run by FFHS [First Flight High School] wrestling in 2016,” Cortez said. “As part of that, he was on the wrestling team…to get to as good a place as you possibly can.”

There is also a fight in the weight room that, Cortez said, did occur, but “didn’t happen exactly as it happens in the movie…” Cortez had taken the idea to Hollywood producers, and he said they seemed interested. But ultimately, he felt the movie needed to be shot on the Outer Banks.

“I thought, if we could make a movie that highlights some of the beauty of the Outer Banks and attractions, that would be pretty cool,” he said.

To do that, he needed someone who understood what would be involved in shooting a movie here. With a number of short films produced and experience working with Outer Banks locations, Ray Wallace of Rayolight Productions seemed the ideal choice. “I thought it was an awesome opportunity to do my best to make it here locally,” Wallace said.

It was also an opportunity for Wallace to work on a feature length film which he had not done before. What he found when putting the film together was that Call Sign Romeo was not that different a project than Lost in Buffalo City or Night of the Fluff, his best-known shorts.

“In terms of the actual directing and putting together a longer film, that was pretty much the same as the other work I’ve done, just on a larger scale,” he said.

The biggest challenge that Wallace and Cortez pointed was the movie being filmed during the COVID pandemic.

“The biggest thing was COVID, taking the safety precautions,” Wallace said. They used the film industry standards for COVID guidelines that limited how many people could be on the set and called for extensive testing.

Most of the actors and crew working on the film — 80% of them, according to Wallace — were local. Many of them came from Manteo and First Flight High School programs. But not all of the actors were high school age and again, Wallace’s local knowledge was put to use.

Theater of Dare President Stuart Parks has worked with Wallace on a number of his productions. And when the script called for a mentor to the main character, Parks was the choice for the role.

Parks said the character’s nickname was Digger, and his job was to teach Chris Torres how to fly.

“He’s kind of the mentor for Chris’s character,” Parks explains. “Chris lost his father, who was an aviator. And…he needed that kind of father figure, a mentor.”

The filming of the airplane scene was interesting he recalled.

“We just we found an airplane in a hangar. They wrapped it up with green screen and lit it up. That was really cool. It was fun,” he said.

The movie is rated PG-13 according to Cortez, not because of violence or sexual content he quickly adds, but for “its thematic elements and language.”

Due to popular demand, a second showing of the Outer Banks movie Call Sign Romeo has been scheduled for 4:00pm, Sunday May 15 at RC Theatres Kill Devil Hills Movie 10.