Filmed on location on the Outer Banks, the feature film Call Sign Romeo will be screening at RC Theatres Kill Devil Hills 10 throughout the summer season, on Tuesdays, Thursdays, and Sundays at 7:00 PM, beginning June 5. 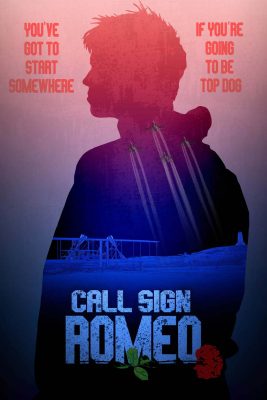 Call Sign Romeo, locally filmed and produced on the Outer Banks, had its world premiere here on May 14, playing to a packed house at the RC Theater Kill Devil Hills. The quick summary is that the movie that centers around high school wrestling is very good, with some well written character development and a plot that, because it’s based on real events, is compelling.

When executive producer Sam Cortez, who co-wrote the script with Stuart Parks, was interviewed about the movie he commented that he wanted “an entertaining family friendly movie.” And that is what was on the screen.

Director Ray Wallace took full advantage of the beauty of the Outer Banks in filming the movie. Indeed, the film could almost stand alone as a travel documentary. There are aerial views of the beach, especially in Nags Head. The Wright Brothers Memorial plays a prominent role, Jennette’s Pier is used as a backdrop a number of times. For anyone familiar with the Outer Banks, it makes the movie a little more fun to watch.

What makes Call Sign Romeo so enjoyable, though, is the plot, the arc of development of the characters and the performances that a group of mostly untrained actors bring to the screen. 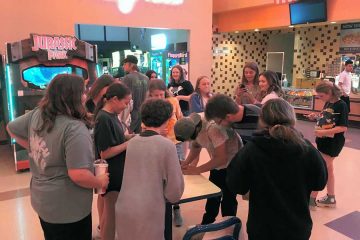 First Flight High School students Chris Ana as Chris Torres — the central character — and Milosz Gargol as Marcus Zelinski, his wrestling teammate and personal nemesis, are very good in their roles. The two of them had been butting heads since they were high school freshmen. And, in one scene, they literally butt heads, leading to a concussion that sidelines Torres for two weeks.

Also particularly effective was John Wilson as Coach Kelvin. Anyone who has ever been involved in athletics or theater and worked with a demanding high school coach or director will recognize the personality — demanding and uncompromising because he or she knows that is how to prepare the kids for life.

Perhaps because the storyline is based on events that did happen, what might otherwise seem contrived becomes real. A mix-up on a senator’s letter of commendation to the service academies did happen. A wrestler with high hopes of winning the state championship in his weight class did place third. Those incidents help force Torres to mature and to look at himself and what he truly wants through a more adult lens.

The journey there is not a smooth one. At the beginning of the movie, Chris Torres is self-absorbed; he is selfish. The audience goes along for the ride, witnessing the events that help him understand there are responsibilities to others that will make him a better person.

One of the most effective scenes in the movie is the interaction between Torres and his mother, Sarah (Kelsey Thompson) after he loses in a preliminary round of the state wrestling tournament. The discussion she has with her son, sitting next to him in a hallway, is remarkably similar to discussions almost every parent has had with a child when things don’t turn out the way they had hoped.

This is a movie that highlights positive things that are happening without sugarcoating some of the struggles.

A girl has joined the wrestling team. Cami Miller plays Carla Tillett, the wrestler, with a determination that makes the character real. There is a scene where an opposing wrestler makes blatantly sexist remarks about her to Torres. Chris tells her what was said, and she goes out determined to win — and gets pinned.

There is also the heavyweight wrestler, Zach Philips (Joshua Reed) and his need to simply belong and to be a part of a group is compelling. As a team they get there. But again, it is not a smooth road.

On a personal note, as a former high school wrestler, it was so refreshing to see real wrestlers making real wrestling moves. Interestingly, Cortez mentioned that when they tried to choreograph the wrestling, it was not nearly as effective as when the kids simply wrestled.

There are a lot of kudos to hand out all around on Call Sign Romeo. The soundtrack by Neil Lee Griffin takes full advantage of local musicians. There’s music from Cullen Smith of Croatan that is particularly effective. Jonny Waters, Manday Huge and too many others to list everyone are also on the soundtrack.

Cortez has consistently maintained that what he wanted to create was a movie the whole family could enjoy. That is what he has created in Call Sign Romeo. Is this a slick Hollywood production filled with CGI special effects? No it is not. But more importantly, it is a thoroughly enjoyable movie. And we have no problem recommending it.

A writer’s note: The woman standing with her daughter in front of me in the ticket line stopped me from purchasing my ticket by saying, “I have an extra ticket. Here.” Thank you.