Dare elections officials to review signatures from Russell and Fearns 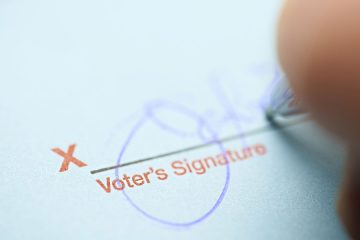 Aside from being Primary Election Day, Tuesday May 17 was also the deadline for two unaffiliated Dare County Board of Education hopefuls to submit enough signatures to qualify for the November ballot. It may take several weeks before we know the answer.

Kitty Hawk resident Marie Russell is seeking to run for the District 3 seat on the Dare Board of Education while Colington resident Jessica Fearns is hoping to compete for the District 2 seat. The two have also combined forces and campaigned as a team.

Now the matter is in the hands of Dare County elections officials and according to Elections Director Jackie Tillett, they officially have until June 20 to complete the verification of signatures and reveal the fate of the Russell and Fearns candidacies. In a brief interview with the Voice, Tillett suggested the process might be over before June 20, but would not begin until after the May 27 canvass of primary election results.

SEE ASLO: Dare Ed Board hopefuls battle for the ballot