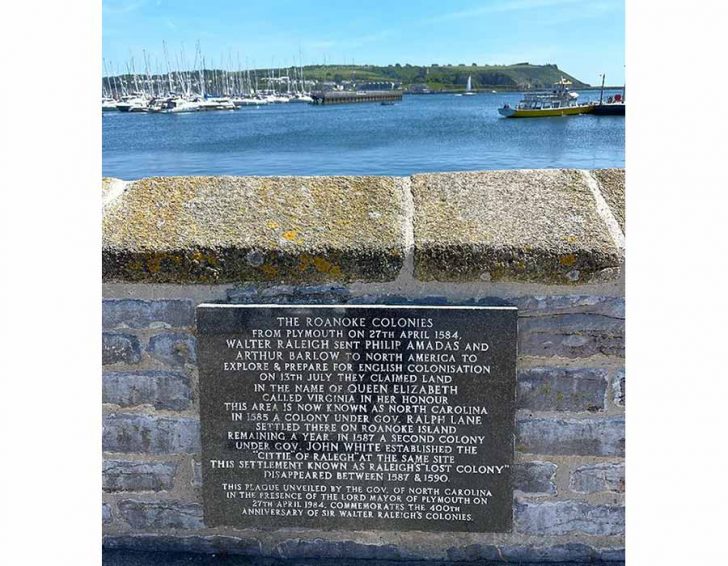 This photo seems very appropriate for the opening night of the 85th season of The Lost Colony play at the Waterside Theater in Manteo.

While vacationing in England, Colington residents Tim and Corri Coy took this picture of the plaque honoring the 1584 voyage that eventually paved the way for the Lost Colony of Roanoke Island. The plaque is located in Plymouth, which was the departure point for many colonization expeditions, including those of the Mayflower and the Roanoke Island departures.