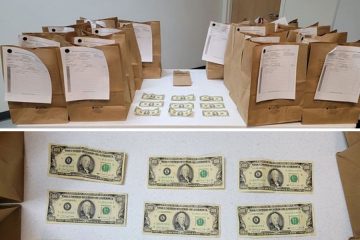 On June 6, 2022, The Nags Head Police Department Patrol and Criminal Investigation Divisions intercepted an individual passing counterfeit $100 dollar bills. The individual visited more than 17 businesses in Nags Head alone. The suspect made small purchases at each business in an attempt to obtain as much real currency as possible from the exchange of the counterfeit bills. The suspect in this case traveled across multiple states to pass the bills. The quick coordinated response from the Nags Head Police Department resulted in the suspect being taken into custody.

More details when they become available.