‘Out on the Outer Banks’ hopes to bring LGBT+ community together 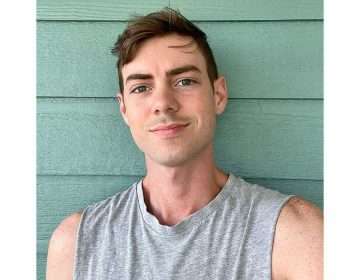 Marshall Chappell is looking to increase the visibility of the LGBT+ community.

After spending a month in St. Petersburg, Florida this past April, Marshall Chappell returned home to the Outer Banks feeling inspired. “St. Pete has some similarities to the OBX — it sits on a chain of barrier islands, and it’s in a swing state where LGBT+ people may not always feel welcome,” said Chappell, who among other things, works at a restaurant and as a designer and photographer.

After searching for local LGBT+ events and seeing only the annual Outer Banks Pridefest in September, the soft-spoken 28-year-old decided to step out of his “comfort zone” of privacy and anonymity.

A native of Kitty Hawk who graduated from First Flight High School and moved back to the Outer Banks in May, Chappell launched a public Instagram account that same month called “Out on the Outer Banks.” The intent was to share the place he loves with the general public and to bring the queer community together.

Chappell notes that on the Outer Banks, geography plays a role with people “literally spread thin” with no central place to gather, and no local, explicitly LGBT+ spaces. The restaurants that had offered drag brunches in the past have closed.

The “Out on the Outer Banks” name carries multiple meanings, he explained. “Come out here on vacation, whether you’re gay or not. Come out of the house and do events and stuff. Come out of the closet if you’re ready and you want to.”

Chappell’s account garnered nearly 500 followers in its first month. He doesn’t intend to monetize the account, but if income is generated, he says he’d donate some to a cause like the Trevor Project, a nonprofit organization focused on suicide prevention and crisis intervention for LGBT+ individuals.

One of the “Out on the Outer Banks” followers, Shree Fulcher, is a local business owner whose partner Kris is transgender. “When Marshall started his Instagram page, I was so excited just to see even who came out of the Outer Banks closet,” Fulcher says. “I’ve always wondered where the LGBTQ community is on the Outer Banks. I’ve always been like, ‘Where are we? Where do we go? Are we just in the closet because that’s a safer place for us to be?’”

“We all have a story of not feeling seen or not feeling accepted; not feeling loved without condition; or not being able to fully express ourselves or fully be who we are — even if you’re not on the queer spectrum,” Fulcher added. “I think we all have that story inside of us.”

Tara Stephens, a trans artist who recently moved to the area to work a summer job after having visited several times before, also connected with Chappell via his page. Stephens said they missed the regular events that were held in their former community in Portland, Oregon for the last decade, and wanted to find and build queer community here. So they began discussing ways to offer real-life meetups in the area.

“I’ve been hearing a lot of, ‘Oh, there’s just…the community’s really small here,’ [but] I refuse to believe that” Stephens, 32, said. For his part, Chappell notes that over time, attitudes toward the community have improved on the Outer Banks.

“Since I was in high school over a decade ago, the attitude towards LGBT+ people has definitely changed for the better; and so many people are out now,” he said. “Before my friends and I came out in high school, we only knew of one gay person.”

From her perspective, Fulcher believes that queer people are generally “accepted,” on the Outer Banks, which is basically the equivalent of being tolerated. “I prefer to honor rather than accept,” she added.

Fulcher is hosting a community-building Pride meetup at her business, Ascension Studio in Kill Devil Hills, from 12-4 p.m. on Thursday, June 23, co-organized with Chappell and Stephens.

June is Pride Month, and the month-long celebrations bring visibility to the community and honor the contributions LGBT+ individuals have made to our nation.

Fulcher said such events and celebrations are needed “because we have been brought up in a world where we need permission to be proud of being different — which is not different. It’s actually normal. Love is normal.”

Of his ‘Out on the Outer Banks account, Chappell said: “I hope it brings visibility to the existing LGBT+ community here and inspires spaces [and] events where queer people can gather. If it helps bring LGBT+ tourism and residents, then that is definitely a plus.”

Go to comments
Find Out on the Outer Banks on instagram at @OutontheOBX.