Dare Board Chair Woodard critical of hospital board meeting 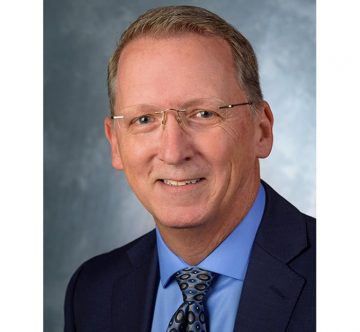 Saying that “We are compassionate. And we do care,” Outer Banks Hospital (OBH) President Ronnie Sloan told the hospital board of directors at a June 24 meeting that the recent loss of primary care physicians in Manteo was part of a regional and national problem that is directly affecting Outer Banks health care.

Sloan’s remarks to his board of directors were in response to concerns raised by the public and elected officials following a May 23 letter sent to 2,418 patients of Outer Banks Family Medicine-Manteo informing them they could no longer receive medical services there because of a provider shortage.

At the meeting, Sloan added that the OBH had been recruiting since last year, adding that, “The best news I have to share today is that we have one physician under contract arriving late to mid-July…to practice family medicine in Manteo.”

Sloan’s remarks outlined a complex intersection of issues that are exacerbating the healthcare provider shortage. The cost of housing on the Outer Banks is one of those concerns.

“Locally, position candidates have turned down offers because of a small selection of suitable housing, the high cost of living or they prefer to live in a more metropolitan area,” he said.

Housing, though, was only one of a number of issues recruiters were encountering, he noted. Although primary care physicians typically earn less than other medical specialists, they are the most in demand group of doctors.

“There are currently over 3,800 openings for family medicine in North Carolina alone,” Sloan told the board. North Carolina “data revealed this year’s graduating primary care residence class had an average of 90 viable job openings to consider in their respective markets.”

That shortage is also being fueled by burnout from the COVID pandemic among medical professionals, he added. “The pandemic impacted every industry, including health care,” Sloan said. “The American Medical Association recently cited one in five physicians and two in five nurses will leave practice in the next two years.”

Sloan did indicate that the OBH was working on solutions. He pointed to how the local community has aided in providing housing for hospital employees and to the work that is being done to meet future needs.

“Several of our team members have been helped through the generosity of local residents,” he said. “We’re also working actively and have been for the better part of a year with developers in Manteo, Nags Head, Kill Devil Hills and Kitty Hawk to acquire additional workforce housing to provide recruitment…”

He also noted that regional services may be part of the solution.

“Chesapeake Regional Medical Group has stepped up assisting with referrals and accepting patients. We’re also working with a couple of national organizations…to look at additional new innovative models for primary care, including telehealth and advanced practice providers and others so we can open up as many services as we can locally,” he said.

Ultimately, however, Sloan made it clear there were no quick fixes or easy answers.

Shortly after the June 24 hospital board meeting, Dare County released a letter from Dare Commissioners Chairman Bob Woodard to ECU Health CEO Michael Waldrum. In it, he stated that ECU Health leadership is unwilling to meet with the Dare Commissioners at a special June 28 meeting to discuss the health care issue— and he expressed frustration with that decision.

In addition, Woodard addressed the June 24 hospital board meeting by asserting that “they chose to address [the provider crisis] at a virtual Outer Banks Hospital Board of Directors meeting. Although the public was able to attend this virtual meeting, no public comment period was allowed. This is totally unacceptable and indicates a complete lack of transparency from the leadership of ECU Health.”

Woodard closed the letter by asking Waldrum to reconsider the decision not to come to the Dare board meeting on June 28, adding: “I am truly disappointed in the leadership of ECU Health.”