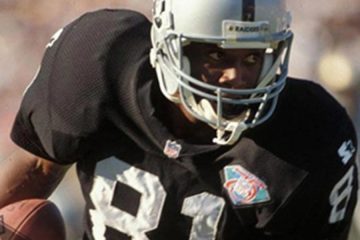 Tim Brown played college football for the Notre Dame Fighting Irish, where he became the first wide receiver to win the Heisman Trophy. He spent 16 years with the Los Angeles/Oakland Raiders, during which he established himself as one of the National Football League’s (NFL) most prolific wide receivers. His success with the Raiders organization earned him the nickname, “Mr. Raider.”

Currently Brown is a college football analyst, as well as a co-host on a Dallas CBS affiliate. He continues to be involved in business, Christian and charity ventures. He and his wife, Sherice, have four children.

In this interview I had the opportunity to talk to him about his book, The Making of a Man: How Men and Boys Honor God and Live With Integrity, where Tim shares the triumphs, heartbreaks and early struggles of his journey. We also discussed the principles and priorities that made him the man he is today.

Roman Gabriel: Why did you decide to write The Making of a Man?

Tim Brown: As I traveled around the country I had a lot of people stopping me and complimenting me on how I handled myself off the field. It got me to thinking that this didn’t just happen overnight. It was only by the grace of God that I was trying to do the right things off the field then, and continue today to try to live my life by God’s principles.

I talk in the book about my early days in Los Angeles and some of the struggles I had, but I did experience a real transition in my late 20s. Since that time, I’ve tried to not put myself in bad situations. Consequently I have, to the best of my ability, lived by God’s principles.

RG: In the book, you talk a lot about those influential people in the game of football who impacted you greatly. One of them was your college coach at Notre Dame, the great Lou Holtz.

TB: Lou blessed me and wrote the forward of my book. I do not want to sound like I am overstating this, but without Lou Holtz I am not a Heisman winner. When he came to Notre Dame I was on time to graduate and playing on a regular basis. I was happy with my situation at that particular time. I knew our offense would be high powered when he came, but had no idea the plans he had for me. After two days of spring ball, Lou pulled me over and asked me why I wasn’t playing more than what he had seen me play in 1986. And then said I could be the best player in the country. After two weeks of hearing I was the best in the country I started to believe it.

RG: We just had the NFL Draft. For those people out there that wonder about this life-changing experience, tell us what it is like to be a Heisman Trophy winner and be drafted to the NFL in the first round? Why is it difficult for young men to make that transition?

TB: First off, your life totally changes. Six months before the draft I won the Heisman, and my name changed. I was no longer “Tim Brown,” I’m “Heisman Trophy winner Tim Brown.” Then you’re put into a financial category that you’ve never dreamt of. My first check was for more than my dad had made in his 20 years of working. It is a challenge. You want to have fun and enjoy yourself, and you want to live the way God wants you to live, but there are so many things that can draw you away from that. Early on I had to struggle through some difficult things. Thankfully for me, Roman, I was very blessed to grow up in a spirit-based home and in a spirit-based church. I had been taught very well. 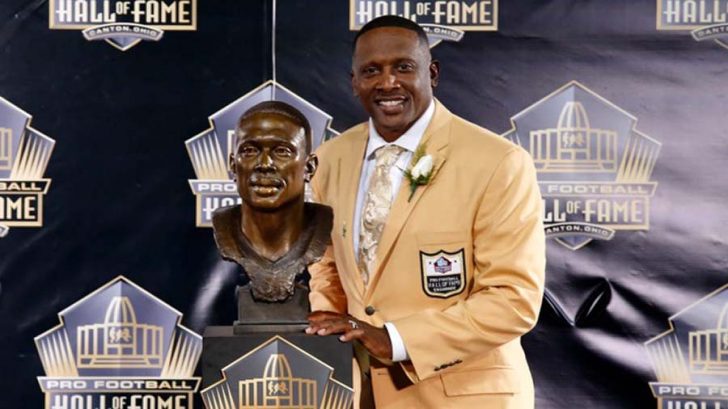 RG: It sounds like your upbringing and parents played a big role in keeping you on track.

TB: There’s no doubt. I think the spiritual background that I received literally saved my life, especially with everything I was exposed to in college and in the first years in the NFL at Los Angeles. There’s no doubt that without being raised the way I was and having such a strong father, I could have been involved with some things that would have been very harmful to my life and career.

RG: The relationship with your father is a real focal point in your life as it is with many men. You chose to be very transparent about this in your book.

TB: My father and I did not always have the strongest relationship. When I was 13-years-old my father came home after drinking, and he thought I was coming after him. He threatened to kill me, and because of that incident we went 12 years without having a decent conversation. There was no real connection. After 12 years, I asked for forgiveness and told him that I forgave him. And for the next 20 years of his life we had a great relationship. Out of that situation when I was 13 [I made] the decision to never drink alcohol. If alcohol can make a person do these things, then I will never touch it. I don’t know if I could play 17 years in the NFL and have the longevity I had if I was a guy who was out drinking and doing all that kind of stuff.

RG: Like me you are involved with a lot of great youth initiatives in Dallas and around the country. What is your advice for success to young people today?

TB: First of all, the most important relationship we need to have is a relationship with Christ. It is hugely important. Actually one of the chapters in my book is about surrounding yourself with good people. You have to find people who encourage you. Thankfully I had coaches, a big brother and a pastor who were always trying to push me in the right direction. When you’re young it’s tough, because kids want to be around the cool group. They used to call me an “L7” – you put an L and a 7 together and you get a square. Thirty years later those same guys are asking me why I didn’t make them do what I did. Many of those guys are currently struggling and looking for a way through life. It’s worth it, and it certainly pays off in the end.

Purchase Brown’s book at Barnes and Noble or anywhere books are sold. 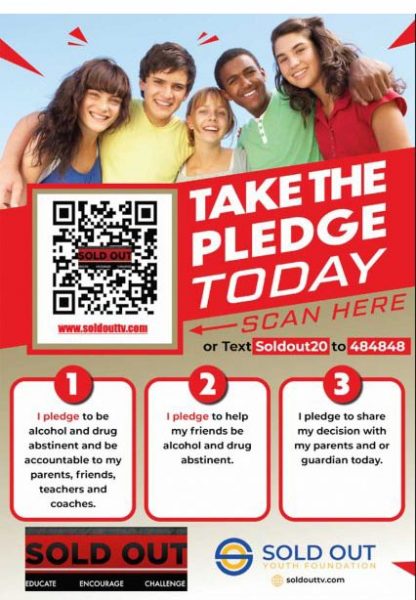