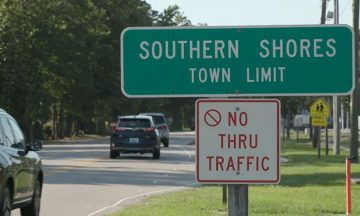 The Town of Southern Shores has announced it will be removing all traffic barricades for the big July 4 holiday weekend. That decision comes amid the town’s acknowledgement that this season’s efforts at traffic mitigation have not produced the desired results.

Here is the announcement.

When addressing traffic issues in one part of our community, the Town did not intend to create new or worse problems in other parts of town. In some cases, efforts to ease cut-through traffic have created conditions worse than those addressed.

The blocking of Hickory Trail at East Dogwood is an example of the effect being worse than the cause. Traffic being backed up to the cemetery on South Dogwood is not an outcome we can allow. Once East Dogwood Trail and Hickory Trail were opened for traffic, we still experienced lengthy backups on South Dogwood. The barricades at several intersections that are intended to discourage non-local traffic from cutting through contributed to the back-ups. We are experiencing different results from these barricades this year than last.

With this weekend’s traffic expected to be the peak of the summer, we have determined that it is best to remove barricades on all Town streets. This will provide as many outlets as possible and expedite traffic through Southern Shores.

Go to comments
Town of Southern Shores | No Cut-Thru
We will continue to alert visitors that they will experience less congestion if they remain on US 158 and NC 12. See the latest message here.