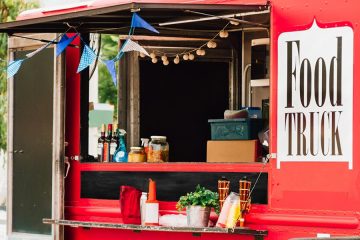 Concerned that the town of Kitty Hawk’s food truck and itinerant vendor ordinances do not reflect how they are being applied, Town Planner Rob Testerman has asked the town council to recommend a path forward on how to enforce the regulations.

“Tonight I’m…requesting guidance from counsel to determine how we would like to move forward with this,” he said at the council’s July 5 meeting.

The general issue of itinerant vendors has flared up in neighboring Kill Devil Hills where Ami Hill, owner of #Bus252 art gallery, has filed a lawsuit challenging an ordinance “that requires itinerant vendors to donate 100% of their profits to charity in exchange for the right to sell during the high tourism season.”

The Kitty Hawk ordinance that Testerman is referring to is Section 16.1 of the town code, Selling goods on public property. The first paragraph of the ordinance would seem to prohibit any itinerant vendor activity.

“It shall be unlawful for any person to expose for sale, offer to sell, barter or exchange…within the street and highway rights-of-way of the town, or on the ocean beaches of the town, or on parking lots (and other areas open to the public) which are contiguous to the state highway and town street rights-of-way,” the ordinance reads, specifically referencing itinerant vendors.

The town does have an ordinance governing outdoor events and gatherings (18.11), and permits have been issued to itinerant vendors using its provisions. However, that ordinance, doesn’t reference the itinerant vendor language of 16.1, which could lead to confusion in the future.

“A different planner, different years down the road [could have] a different interpretation and things could get flipped around,” Testerman said in a Voice interview following the meeting. “It’s better to get it cleaned up and codified.”

Testerman explained that the original intent of the Selling goods on public property ordinance, and other similar town ordinances, was to control out-of-town temporary vendors from selling from any location.

“Before any of these ordinances were in place, people [were] trying to sell different things all over on the beach in an intersection, stuff like that. These ordinances were put into place to try to curb that,” he said. Kitty Hawk ordinance 16.1 was written before food trucks became popular, and in his presentation to the council, Testerman specifically requested guidance on how to regulate food trucks.

“For a number of years, the town has permitted mobile food vendors like food trucks to be located at an existing commercial establishment if the owner of that establishment also owns that truck,” he told the council.

In the follow-up interview, Testerman explained why he hoped to get direction from the council on food trucks in particular.

“The whole food truck industry is gaining in popularity, but we don’t have anything to specifically addressing those,” he said. “It currently falls under that Section 16.1.”

If strictly interpreted or enforced, that ordinance would prohibit all food truck operations in the town.

Testerman outlined three options for the town. One would be to leave 16.1 in place and enforce it, which he told the council, would “…not allow for any [itinerant] merchants regardless of any kind of ownership.”

He also suggested the town could amend the itinerant vendor ordinance to regulate activity, perhaps through permits. Finally, he noted, the town could continue to enforce section 16-1 as written, but develop regulations to permit and regulate mobile food vendors.

Although the town council did not take any action to change the Selling goods on public property ordinance at the meeting, members voiced support for allowing itinerant vendors to operate.

“I don’t think any of us are against anyone trying to make a living in today’s world. That’s not what we’re talking about,” Mayor Craig Garriss said.

In discussion, the council quickly reached consensus that it would have the Kitty Hawk Planning Board review the options.