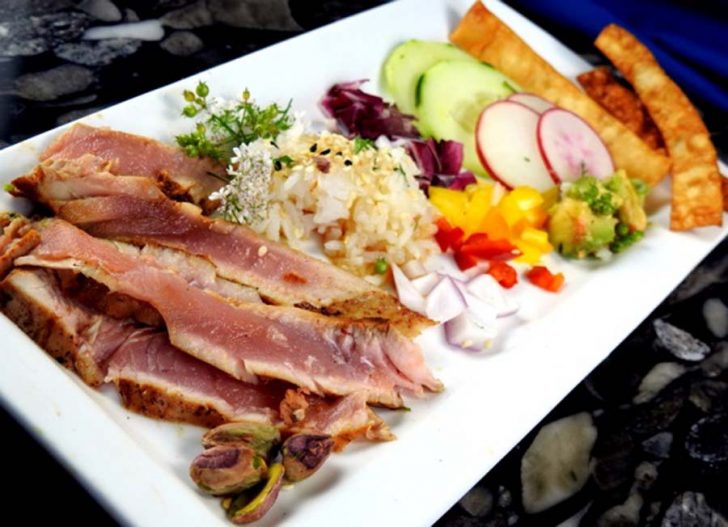 When you’re gifted a whole tuna loin, what do you do?  You get creative.  And this unconventional tuna “salad” is just one of several preparations I came up with.   My version of a tuna salad has all the salad fixin’s with fried wontons for “croutons” and it explodes with colors, textures, and flavors.  I served this on a bed of cilantro-lime rice along with a sriracha dressing and a soy sauce-based drizzle. 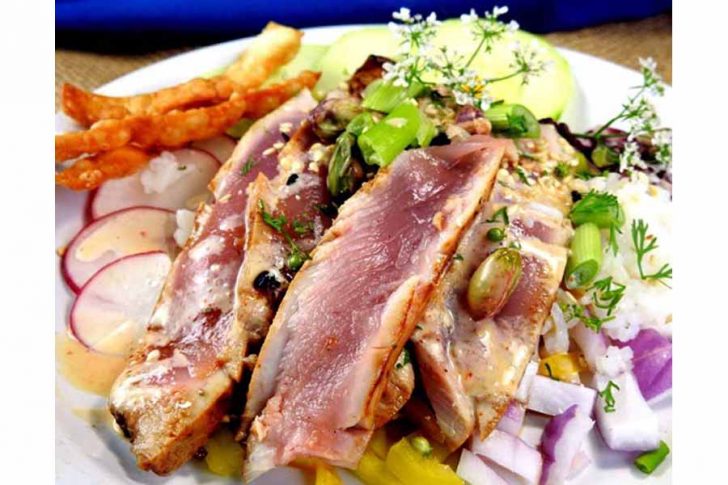 Mix all ingredients, pour into zip-lock bag, and add tuna steaks. Let marinate in fridge while you prepare the rest of the salad ingredients.

Tuna is a fairly mild-flavored fish, so it’s an ideal candidate for taking on the flavors of a marinade.  I’ll marinate the fish while I get my prep work done.  For an acidic marinade, 30 minutes should suffice.  You don’t want to marinate for an excessive amount of time because the acidity of the marinade will negatively affect the texture of the tuna, in effect, “cooking” the tuna.

While the tuna is marinating, prepare the rice, the dressings, and the rest of the salad ingredients.

Add cilantro and lime zest to cooked rice.  Fluff with fork.  Taste test and season with salt as needed.

Stir well until sugar is dissolved.

Amounts are up to you.

Dice the avocado and toss in lime juice to prevent discoloration.

Slice wonton sheets into strips and fry in 350° oil until golden brown.  Drain on paper towels.

To enhance the flavor of the pistachios and sesame seeds, place them in a single layer on baking sheet and toast at 325° for 8-10 minutes.  Give the pan a shake or two throughout baking.

To cook the tuna steaks, I like the outside seared and the interior rare.  For this I use a hothothot cast iron skillet.  I heat my cast iron skillet over medium high to high, add in a swirl of peanut oil, and wait for the temperature to reach 450° – 475°.  (Oil will be shimmering.) Place the steaks in the pan and cook for 1- 1½  minutes on the first side. Do not crowd the pan.  Crowding reduces the temperature and you won’t get that nice sear. Turn over and cook 1 minute on the other side.   Remove from pan and let rest for 2-3 minutes before slicing and plating. 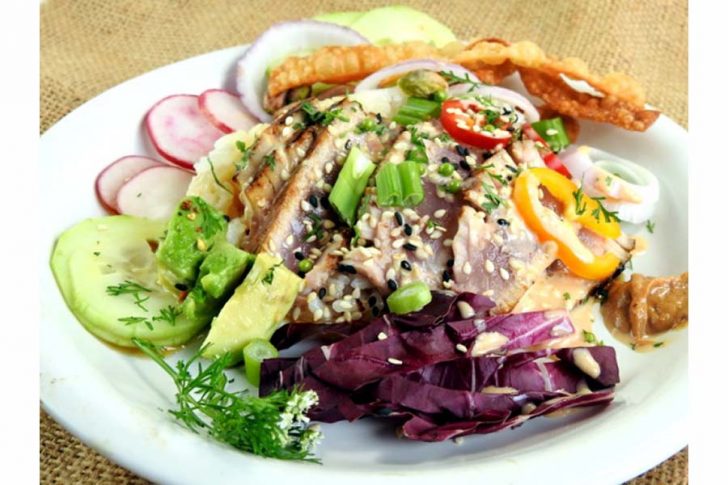 Mound rice on dish and spoon on some of the soy sauce dressing.

Arrange seared tuna slices and salad ingredients on plate.  Drizzle sriracha dressing over top.  I like to add fresh, raw green cilantro seeds to the mix also.  Don’t look for them in stores.  You have to grow your own cilantro for that and the raw seeds are a treat.  A burst of potent cilantro and citrus flavors!

For more recipes, please visit with Rosie at

For any culinary questions, feel free to e-mail me at RosieHawthorne@gmail.com. Bon appétit! For more Rosie’s Recipes on the Outer Banks Voice click here 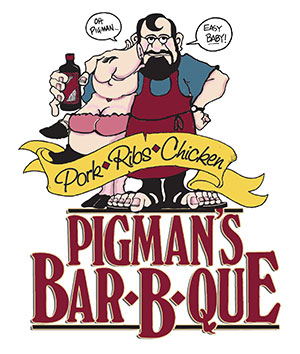