WHAT TO WATCH ON TV
Stream On: Cultural juggernauts ‘Mission: Impossible’ and ‘Hawaii Five-O’ 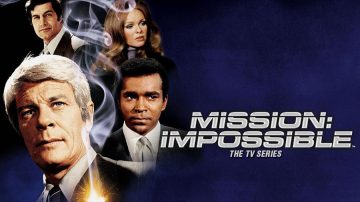 Producer Bruce Geller was impressed by the 1964 Jules Dassin film Topkapi, innovative for its depiction of an elaborate heist, and took the idea to television, substituting a fictional government agency for the crooks, giving them a different “impossible” assignment every week.

Steven Hill, an orthodox Jew, wouldn’t work after 4:00 p.m. on Fridays and when weekly scheduling became a problem took to just leaving the set. Theatrical and TV movie work had more flexible schedules. He also suffered too many affronts to his considerable personal dignity (Cast member Martin Landau recalls, “When I first became an actor, there were two young actors in New York: Marlon Brando and Steven Hill”): After crawling through dirt tunnels and repeatedly climbing a rope ladder in the episode “Snowball in Hell,” in the following episode he balked at climbing to the rafters via a 20-foot sound stage staircase and locked himself in his dressing room. Twenty-six years later, in Law and Order, he could sit behind a desk.

In the pilot episode, Dan Briggs is a gray bureaucrat type, one of a few characters that sprang up in fiction as alternatives to Ian Fleming’s dashing James Bond, which also included John Le Carré’s seamy Alec Leamas and Len Deighton’s everyman Harry Palmer.

After the kinetic credits over Lalo Schifrin’s iconic theme music, Mission: Impossible settles into a quiet, measured tone that engaged the audience with drama from the outset. Briggs visits an odd lots store and asks after a certain record album, wink and a nod implied. He takes it into a listening room and hears a brief on the nuclear warheads in the possession of a Caribbean dictator, which finishes with, “Mr. Briggs, your mission, should you decide to accept it, would be to remove both nuclear devices from Santa Costa. As always, you have carte blanche as to method and personnel. But of course, should you or any member of your IMF force be caught or killed, the Secretary will disavow any knowledge of your actions,” after which the record burns up on the turntable, and Briggs makes his quiet way to his flat where he chooses, from binders, the team for this mission: an actress (Barbara Bain), a master of disguises (Bain’s real-life husband Martin Landau), an electronics genius (Greg Morris), a weight lifter (Peter Lupus), all regulars, and guest star Wally Cox, who plays a safecracker with a shady past.

The very entertaining capers include rehearsals, dry runs, and setbacks; the direction is concise and the agents’ characters are essentially chess pieces, so as not to distract from the ingenious cons and deceptions by which they work their magic. With Peter Graves, and the various actors who in time replaced others in this core group, the show became only slightly flashier, but the missions were always intricate, suspenseful and entertaining. Mission: Impossible, canceled in 1973 and revived in 1988 for two seasons, was probably the major influence on Tim Hutton’s 2008 drama series Leverage, and spawned a splashy (and well-done) movie franchise starring Tom Cruise. 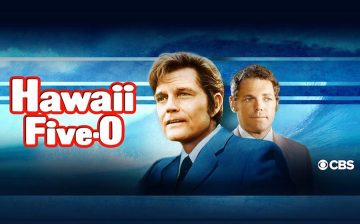 The second episode (listed as first on the Paramount+ Roku, Android and iPhone apps) of this CBS legend-in-waiting begins with none other than film and TV superstar Kevin McCarthy (Invasion of the Body Snatchers) as Victor Reese, and Reese’s wife (who is pretending to be his sister) poison a wealthy widow on a yacht and toss her into the Pacific off of the title location. So it’s to be a “howcatchem,” not a “whodunit.” (The rare pilot is “Cocoon,” a two-hour episode with a different production code and cast except for Jack Lord.) After the credits, full of local Hawaiian color (and I see also inspiration for the Police Squad! TV and film series), we meet the real star of the show (or co-star, Hawaii being the other), a charismatic Jack Lord, as Hawaii State Police Captain Steve McGarrett.

Lord the actor flew under the radar generally; he was notable for playing Felix Leiter in the first James Bond movie, Dr. No, but he was replaced in Goldfinger when he wanted more money and better billing. He had a pretty high opinion of himself, but that arrogance fit his Hawaii Five-O character to a “T.” Richard Boone (Have Gun Will Travel) had turned the part down; Gregory Peck was also considered, and Lord was asked at the last moment. He read for the part and two days later began filming in Hawaii.

Sources differ on how the show came to be produced there. Producer Leonard Freeman had moved to Hawaii to recuperate after suffering a heart attack. One source states the idea for the show may have come from a conversation Freeman had with Hawaii’s then-Governor John A. Burns.

Another source instead claims that Freeman wanted to set a show in San Pedro, Los Angeles, California until his friend Richard Boone convinced him to shoot it entirely in Hawaii. A third source claims Freeman discussed the show with Governor Burns only after pitching the idea to CBS. Before settling on the name “Hawaii Five-O” (referring to the state being the 50th admitted to the Union), Freeman considered titling the show “The Man.”

Hawaii had been admitted to the Union just nine years previously, and was about to enter American consciousness big-time. Speaking of Mission: Impossible and iconic theme music, American film-score composer Morton Stevens came up with memorable theme music; this was later recorded by proto-guitar band The Ventures, and has become popular with college and high school marching bands, especially at the University of Hawaii where it has become the unofficial fight song. It’s considered by many to be one of the best television themes of all time.

Hawaii Five-O was the longest-running crime show on American television until Law & Order surpassed it in 2002, and was the first to enjoy an uninterrupted run that exceeded a decade. It survived long enough to overlap with reruns of early episodes, which were broadcast by CBS in their late night schedule while new episodes were still being produced. A 2010 reboot, Hawaii Five-0, ran for 10 seasons. Its title contained a zero in place of the original’s letter O, as the producers found there had been many more search engine queries for “five-0” than for “five-o.” (It’s a brave new world.)

And in a piece of cultural adoption that could be had for neither love nor money, “Five-Oh!” has become universal slang for “It’s the cops!”