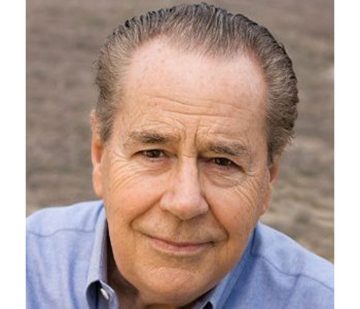 Norman Richard Dahm, M.D. was born to the late George and Louise Dahm of Astoria, NY, on March 29, 1935. Dr. Dahm will be remembered for his compassion as a physician, dedication as a father and grandfather, and service to God.

Dr. Dahm was an active participant in medical student and resident education and achieved the rank of Assistant Professor of Clinical Obstetrics and Gynecology at the Eastern Virginia Medical School in 1987. He was passionate about teaching and enjoyed mentoring visiting EVMS medical students through his rural North Carolina practice. As per his wishes, his body has been donated to the Virginia State Anatomical Program in order to help future generations through scientific inquiry and education.

He and former wife Sandra had five children as well as multiple grandchildren and great-grandchildren. Spending time with them was his favorite activity. “Pop-pop” was known as a wonderful storyteller and occasional prankster who loved to laugh. He was the life of every family gathering.

In 1993, he married Lee Whitley, with whom he enjoyed the last three decades of his life. They relocated to Harbinger, North Carolina, where he continued to provide medical care to many patients in need. He retired at the age of 85 amidst the uncertainty of the pandemic. Following retirement, he looked forward to weekly phone conferences with his pastors and friends in Harbinger and Elizabeth City, among whom he was known as a kind and genuine man of faith. He passed away peacefully on July 11, 2022 after a brief illness.

He is preceded in death by his parents: George and Louise Dahm, brother Russell Dahm, and sister Dorothy Dahm.

A memorial service will be held at 2:00 p.m. on Saturday, July 23, 2022 at Twiford Memorial Chapel. The service will be live streamed at www.facebook.com/TwifordFuneralHome.

In lieu of flowers, the family requests donations be made to the EVMS Community-Engaged Learning Fund. Please make memorial gifts payable to the EVMS foundation and indicate “in memory of Dr. Norman Dahm” on your gift. These gifts may also be made online at www.evms.edu/givenow or mailed to EVMS Foundation, PO Box 5, Norfolk, VA 23501.