NCDOT to reduce speed limit on U.S. 158 between water park and bridge 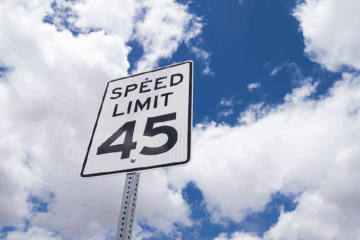 Citing about 150 vehicle crashes in the past five years, NCDOT announced on July 21 that it will drop the speed limit to 45 mph for the heavily travelled stretch of U.S. 158 between the H2OBX Water Park and the Wright Memorial Bridge.

The N.C. Department of Transportation (NCDOT) will soon be lowering the speed limit on 3.4 miles of U.S. 158 in Currituck County between the H2OBX Water Park and the Wright Memorial Bridge. The speed limit will be reduced from 55 mph to 45 mph.

The speed limit reduction is another step aimed at improving safety on the stretch of busy highway on the Outer Banks. The section of the highway in southern Currituck County has seen 151 vehicle crashes reported in the last five years, resulting in four fatalities, 13 life-threatening injuries, and 88 minor-to-serious injuries.

Win Bridgers, NCDOT’s engineer for the highway division in northeastern North Carolina, said homeowners and businesses in the area were contacted and agreed that changes should be made to improve safety on the stretch of U.S. 158.

“Rumble strips and six-inch pavement markings have already been installed along this section of the highway,” Bridgers said. “Lowering the posted speed limit is another step. In the long-term, more permanent measures are necessary, such as access management.”

Workers will be replacing signs reflecting the lowered speed limit beginning the week of July 25.