WHAT TO WATCH ON TV
Stream On: You had to be there–Len Deighton’s ‘Game, Set and Match’ miniseries

In 1989, PBS | Thirteen broadcast a Granada TV miniseries from one of my favorite authors, Len Deighton (b. 1929), who created the character of British spy Harry Palmer in a series of movies based on his books, notably The Ipcress File (book, 1962; movie, 1965; a TV series, which I’ll take a look at next week, 2022).

The academic George Grella considered Deighton “the angry young man of the espionage novel,” his central characters working-class, cynical and streetwise, at odds with the upper-class bureaucratic intelligence agencies for whom they work. Deighton’s considerable narrative wit reminds me of Raymond Chandler.

The miniseries was adapted from Deighton’s trilogy Berlin Game, Mexico Set and London Match; it was around 13 hours long, and I presciently videotaped it. PBS broadcast it over the air in New York, and some of my tapes suffered from the poor reception inherent in such transmissions in the day, but they’re watchable. Some years later I digitized my tapes to thirteen video CD’s (an early, inexpensive digital format, still popular in Asia, that holds around 80 minutes of video per CD. Most DVD players and computers will play them).

For reasons known only to Deighton, he disowned the series, and as far as I know it was never offered for sale on VHS or DVD, nor streamed. But since then, other home recorders have uploaded their episodes to YouTube, and it’s finally widely available. The episodes have the 480i resolution and look of VHS tapes (“standard definition” TV), but they’re still better than what I had caught on my VCR on Staten Island.

/YouTube /When and if it streams elsewhere, it will be listed here 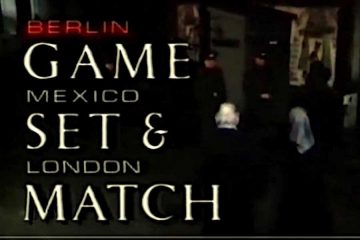 Bernard Samson (Ian Holm, The Fifth Element) is a dour, middle-aged British SIS (Secret Intelligence Services) ex-field agent. His father was an SIS agent living undercover in wartime Berlin. He grew up in post-war Berlin before the wall was built and received a typical German education rather than a privileged English one and never went to university. Bernard worked for his father from a young age with his best friend Werner Volkmann (Michael Degen) as couriers making payments to agents and performing espionage-related odd jobs. Bernard made friendships and connections that would serve him well in his future work in the SIS.

Bernard quit the field after a mission in which a friend was killed and he was lucky to escape to the West alive. He’s troubled by post-traumatic stress syndrome, has recurring nightmares and drinks too much. Bernard had hoped to lead the German Desk in London but was passed over for Dicky Cruyer (Michael Culver), a ridiculous and condescending Oxford man with no field experience. Bernard now runs errands for Dicky, whom he considers incompetent and dangerous.

Bernard’s wife Fiona (Mel Martin), who went to Oxford with Dicky and got her job through Bernard, is working on the “top floor” and is a rising star in the department while Bernard is deskbound, grumpy and insubordinate and believes he knows better than his superiors, who are all just desk jockeys in school ties. He trusts no one except his old friend Werner.

Now, a highly placed agent in East Germany codenamed “Brahms Four” wants to come to the West. Brahms Four is one of Britain’s most reliable and valuable agents behind the Iron Curtain, and that he should be suddenly demanding safe passage to the West sends a ripple of panic through the SIS. Samson is tasked to bring him out, as it was Samson who had established the network and Brahms Four personally knows no-one else. But before Samson nervously sets out for East Berlin, he discovers undeniable evidence that there is a traitor among his colleagues working for the KGB. This “mole” is the subject of the three narratives. 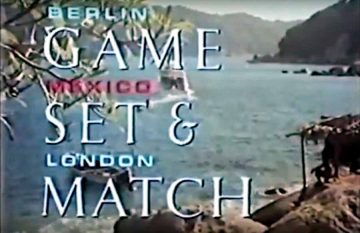 Mexico Set begins there, where Samson is on the trail of his Soviet opposite number: Erich Stinnes (Gottfried John), a KGB major working in East Germany whom London Central wishes to coax over to the West.

The task of laying the delicate and elaborate groundwork for Stinnes’ defection propels Samson from Mexico to London, Paris, Berlin, and the East-West border. What happens along the way—a temporary abduction, an unnecessary murder, an inconvenient suicide—happens so fast that Samson is hardly able to keep London Central informed of developments and the senior staff—from Samson’s immediate supervisors, locked in their endless internecine office warfare, to the dotty Director-General himself—begin to suspect that Samson might be working for the other side. 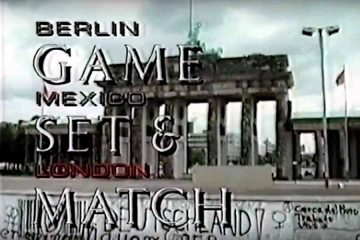 Based on information gained from Stinnes, Samson locates a British woman working as a Russian courier. Her interrogation leads to suspicions that there is an additional mole in London Central. Could it be Brett Rensselaer (Anthony Bate), the American-born Chairman of the committee investigating Stinnes? Or someone even more unlikely?

I’m in the midst of rewatching, so my memory was helped by Wikipedia in the reconstruction of this Byzantine narrative, in which office politics prove as dangerous and unpredictable as cold-war geopolitics. Deighton’s work was generally more popular than his peer John Le Carré’s deliberately opaque narratives (The Spy Who Came In From the Cold et al.), but with this trilogy (which Deighton ultimately expanded in print to three trilogies and a prequel), Deighton was able to spend more time on character development and elaborate plots, giving it a detailed, some might say plodding Le Carré feel. Maybe it was too much for TV, even at 13 hours, as Game, Set and Match was a ratings disaster. The screenwriters perhaps also assumed the public was more informed than they were about the (then-contemporary!) power structures of the USSR and Eastern Bloc—and the pacing is still slow. Maybe that’s why Len Deighton disavowed this TV miniseries, but I’m very thankful to be able to see it again. (The users of IMDb.com gave it a score of 8.6/10.)