Two years after her death, no trial date in LeeAnn Fletcher case 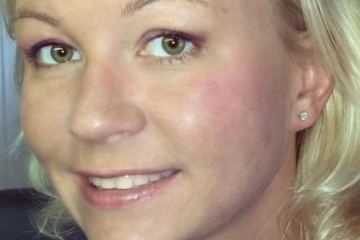 On July 25, 2020, three days after LeeAnn Fletcher was found unresponsive in her Kitty Hawk home after suffering blunt force trauma to the head, the 38-year-old mother of two died at Norfolk General Hospital.

Two years later, there is no trial date set for the defendant, John (Jay) Tolson, who was arrested for her murder on October 26, 2020, by the police department in Bangor Maine.

Along the way, there have been several starts and stops in setting a date to bring the case to trial. When asked for an update on the case this week, First District Assistant District Attorney Jeff Cruden said: “Waiting to hear availability of defendant’s ‘expert’ and get a copy of her report. Once we get that information, Judge Tillett will select a trial date.” He is referring to Superior Court Judge Jerry Tillett.

That message seems similar to an update Cruden provided to the Voice in early May when he explained that there was no trial date at that time because Tolson’s attorney was “trying to coordinate with an expert witness to make sure [the witness is] available.” Tolson is being represented in the case by public defender Christan Routten.

For Trisha Cahoon, LeeAnn Fletcher’s first cousin and close friend, the lack of apparent progress toward a trial has been a source of mounting frustration.

“It’s been two years and they are just leaving us hanging and saying they are ‘waiting for the judge’ to give them a date. Everyone is passing it off to another at whose responsibility it is to get this set. I have no faith whatsoever in our system anymore,” she told the Voice. “She’s been dead two years and still no justice.”

The Voice reached out to the office of Judge Tillett for comment, but received no response. Attorney Routten’s office said she has been in court and is unable to respond at this point.

The arrest of Tolson in late October 2020 followed an impassioned and persistent public-facing social media campaign by friends and family — spearheaded by Trisha Cahoon — to keep constant pressure on law enforcement to make an arrest of Tolson (who they identified as the suspect) and to prevent the case from slipping out of public view.

To that end, one year ago, marking the first anniversary of LeeAnn Fletcher’s death, a banner — bearing the now familiar “Justice for LeeAnn” hashtag — was flown over the Outer Banks.