Enjoy free admission to the park twice this month. 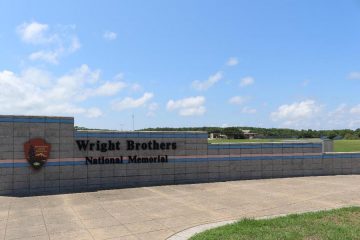 In honor of the two-year anniversary of the signing of the Great American Outdoors Act (GAOA), entrance fees will be waived at Wright Brothers National Memorial and other fee-collecting parks across the country this Thursday, August 4.


The next fee-free day at Wright Brothers National Memorial is scheduled for National Aviation Day, August 19.