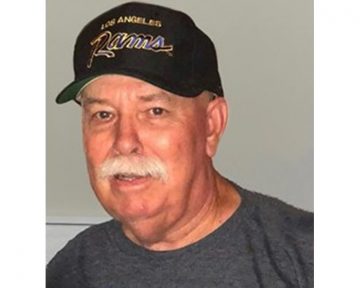 Norman Spencer Godfrey, Jr., age 72, passed away on Friday, July 29, 2022. He was born to Norman Spencer Godfrey, Sr., and Helen Quidley Godfrey of Perquimans County, NC, on February 27, 1950. Norman was married to Brenda Creef Godfrey for 51 years, the love of his life since he was 17 years old. He was employed with the North Carolina Department of Corrections and Pepsi Cola Bottling Company for several years but spent the latter part of his life as part owner of Godfrey Brothers Builders. Building houses made Norman happy because it allowed him to have constant interaction with others. He enjoyed talking, laughing and joking around with all of the subcontractors and homeowners. If you knew him, you likely have a funny story to tell about him.

Norman was an avid duck hunter and was happiest when he was outdoors. Norman was known to many as “Big G,” but his most cherished name was “Grandaddy.” He loved animals, especially his retrievers Dusty, Harley, Sydney, Maggie and Lilly.

In addition to his wife, Norman is survived by his beloved daughter, Pamela Godfrey Pureza, devoted son-in-law, David Pureza; and the “apples of his eye,” his grandchildren Zoe Elizabeth Pureza and Zachary David Pureza. Other survivors include his brother, Wayne Godfrey, and wife Sherry, brother Frankie Godfrey, in-laws Steve and Beverly Russell, Earl and Judy Bateman, Marianne Creef, Janet Sawyer and Dale and Christie Hewitt. Norman is also survived by numerous nieces and nephews, cousins and friends. In addition to his parents, Norman was predeceased by his brothers-in-law Carson Creef, Martin Creef, and Tom LaCombe, sister-in-law Miriam LaCombe and nephew Justin LaCombe.

The family would like to thank the numerous healthcare providers and therapists who have helped Norman over the past few years.  A special thank you to “Dr. Lynn” Butler for providing sincere and compassionate care to him. Memorial donations may be made to The SPCA of Northeastern North Carolina at 102 Enterprise Drive, Elizabeth City, NC 27909.