Sundays from Sept 11 to Oct. 23
Sundays at the Overlook: Singer/Songwriter Series at The Elizabethan Gardens 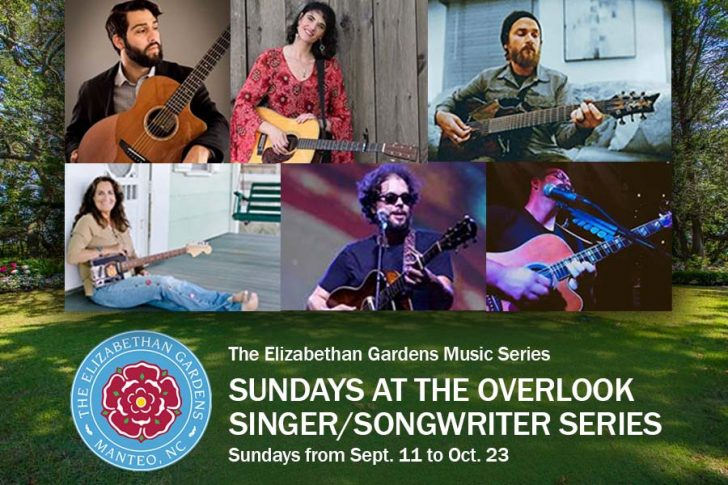 On September 11th, The Elizabethan Gardens will kick off “Sundays at the Overlook” a six-week Singer/Songwriter Music Series sponsored by Rock Star Booking LLC. The series is free with regular paid admission. “We encourage guests to bring a chair, come relax, and listen to music amidst the beauty of the Gardens,” said Gardens’ Executive Director Theresa Armendarez. The event will take place at the Gardens Overlook Terrace lawn which is adjacent to the Roanoke Sound. Details and ticket information can be found at https://www.elizabethangardens.org/music-series/ 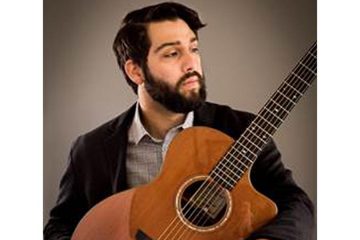 Dustin Furlow is an award-winning singer/songwriter/guitarist whose playing and songwriting reflect a clear influence of today’s contemporary-folk artists. With comparisons to songwriters such as Ray LaMontagne and virtuoso guitar-players like Tommy Emmanuel, Furlow eventually carved out a sound that became easily distinguishable by its marriage of complex guitar work and warm, home-spun lyrics. From the haunting melodies in “Evergreen” to the foot-tapping groove of “Cherokee Lake” Dustin is an ambassador of dynamic control on stage. In 2019 he played over 200 shows, many with harp-guitarist and international fingerstyle-guitar champion, Matt Thomas. 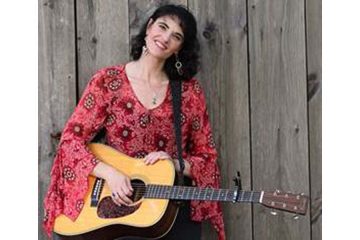 You’ll know it in an instant. Whatever it is that gives certain singer/songwriters real promise and broad appeal, Julie Clark has it. It’s her voice that wins you first… surprisingly vulnerable, sincere and somehow comforting. A captivating sound that leads you willingly into her memorable, acoustic folk-pop songs. Clark’s award-winning songwriting matches the quality of her voice — clear, direct and full of emotion. Her lyrics paint vivid images of love and lust, heartbreak and obsession, secret yearnings, and the struggle between temptation and commitment. Among numerous other performance and songwriting awards, Clark won the prestigious Kerrville New Folk Songwriting Competition, joining a list of winners that includes Lyle Lovett, Steve Earle, Nanci Griffith and Shawn Colvin. She was also awarded First Place in the Great American Song Contest, Folk/Acoustic category and her original song, “Jacket” won first place in the Lilith Fair National Talent Search. 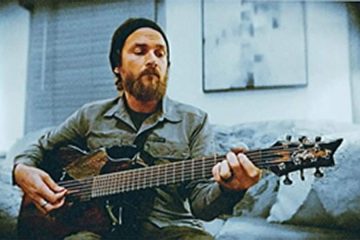 Matt McGuire is a musician that sings from bottom of his soul with his powerful vocals and life lesson lyrics. His songs are a soundtrack of a nomad’s life – a gypsy from Ripley West Virginia who has settled at the beach. His songs are a must have for any music lover that digs funky riffs and percussive strumming on his guitar. One listen to Going Under, New Sunshine, Stumble In June or Numb and you will be hooked on Matt McGuire and his true-to-self attitude. 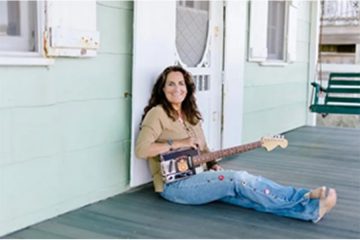 Being diversified is Ruth Wyand’s specialty. Demonstrating guitar virtuosity with powerful fingerpicking, bottleneck slide and a warm alto voice Ruth plays a mix of Americana, jazz, blues, folk, country with a portion of Piedmont picking and bluegrass clawhammer thrown in. Her songwriting is universal, using a melting pot of styles with lyrics that are timeless, relatable, emotionally resonant, sometimes witty, sometimes serious but always human and genuine. Ruth presents a mixture of originals with poignant lyrics as well as well-crafted instrumental arrangements of classics ranging from Doc Watson, Etta Baker, Jimi Hendrix, Leo Kottke to Thelonious Monk and Nina Simone. Each song, no matter how different, has a firm Ruth Wyand stamp of style on it. 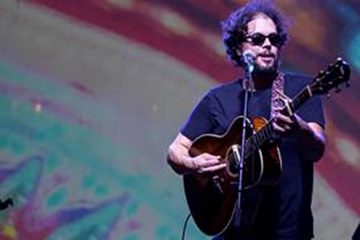 Derek Smith, a native to the Tidewater area of Virginia, has been involved with music in some form or another since he was six years old, beginning with piano lessons and then picking up the guitar at age eleven. He records and performs as a solo singer/songwriter and as the lead singer and guitarist for the award-winning band Family Tree. Since his first live performance at Norfolk’s King’s Head Inn in 1992 at the age of 14, Derek Smith has performed, on his own and with his band, at many of the finest venues in the region. Having shared stages with numerous national and international acts, he has established notoriety among fans and coincidental patrons as a vibrant performer. After releasing many recordings over the years, mostly with Family Tree, Derek Smith released his first solo effort in the winter of 2006. This four-song EP showcases a more intimate side of Smith’s musical and lyrical spectrum and has been widely accepted by people of all ages and musical interests. The fall 2009 release of LIFESIZE, a full-length solo/acoustic album of all original material, gives listeners a chance to take home an accurate representation of what they may hear at one of Derek Smith’s live performances. 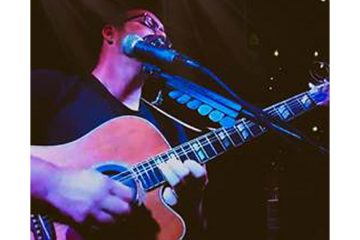 Phil Watson is a North Carolina based singer songwriter that bridges the gap between Americana, Alt Country, and Rock and Roll. Primarily an acoustic performer, Phil uses modern technology to seamlessly blend multiple instruments in a live setting creating a unique listening experience. Performing Original music and his own take on cover songs, Phil has created a one-of-a-kind solo performance that will leave his audience coming back for more. Phil has opened for many well-known national acts such as Carbon Leaf, Warren Haynes, Govt Mule, Cracker, Tim Reynolds, and others! His music has led him to be the OBX Best of The Beach winner for 2019 and 2020, Coastland Gold People’s Choice Award for 2021, ranked #1 local, #1 regional and as high as #16 in the Country as an independent singer/songwriter on Reverbnation.com. Phil also was awarded Greycloud Radio’s independent artist of the year in 2018. Performing around 250 shows per year, Phil has earned the right to be one of the most booked artists in North Carolina.

About The Elizabethan Gardens

Over seven decades have passed since the Garden Club of North Carolina adopted The Elizabethan Gardens as a project in 1951. But their inspired vision remains as a growing testament to the women who adopted the project and the valiant Elizabethan explorers it was intended to honor. The Gardens is dedicated to sharing its unique history, providing educational opportunities, enhancing the quality of the visitors experience and preserving the beauty and tranquility of The Elizabethan Gardens. The attraction is located on the north end of Roanoke Island at 1411 National Park Drive Manteo, NC 27954. For more information on happenings at The Elizabethan Gardens call 252.473-3234 or visit elizabethangardens.org.

Rock Star Booking is a venue agency.  Which in short, we can and do book everyone.  From solo acoustic acts, to nationals, Rock Star Booking can fill your venue with just about any talent you can dream up!  We work with you on your budget and your vision for your events. There is no event too small or too big we can’t handle. We have partnered up with some of the best talent, production and facilities in the business. For more information visit rockstarbooking.net.