‘We need to get this thing settled’ 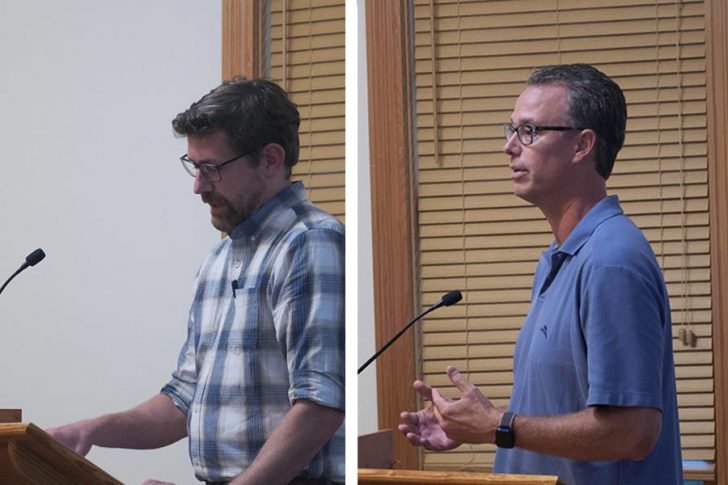 At its Sept. 6 meeting, the Kitty Hawk Town Council signaled its support for allowing itinerant vendors to operate in the town, instructing Director of Planning and Inspections Rob Testerman to continue to issue permits for those vendors and calling for an ordinance that would specifically allow itinerant vendor permits.

Itinerant vendors, by definition, do not have an established place of business. Quite often, they are artists and artisans, bringing their crafts with them to temporary locations.

In August, the Town of Kitty Hawk stopped issuing permits to itinerant vendors. Until that time, itinerant vendors working with the MuseOBX Bus252 had been at the Dune Shops at milepost 4.5 on Sundays.

Testerman, in his remarks at the Sept. 6 meeting, acknowledged the need for a specific ordinance by noting that permits issued to itinerant vendors had been based on interpretations of existing ordinances with no exact language governing the permits.

The need for more specific language for itinerant vendors was sparked by the use of the temporary permit for the itinerant vendor event at the Dune Shops that had been issued for five consecutive Sundays under the interpretation used in the past.

Mayor Craig Garliss set the tone, saying, “We need to get this thing settled.”

Addressing a concern raised in other towns that itinerant vendors have an unfair competitive advantage over traditional stores, Councilwoman Lynn McClean was dismissive of that view

“I really don’t think that the brick-and-mortar stores need protection,” she said. “Their ideas need to be heard. But if…they feel that this is competition, well competition is what makes businesses thrive. It brings up creativity.”

“I feel a renewed faith in these town councils, well at least in Kitty Hawk, after hearing Councilwoman Lynne McClean so clearly state that brick and mortar businesses don’t need protection and that competition is what makes businesses thrive,” she told the Voice.

The issue of how itinerant vendors affect brick and mortar businesses was also addressed directly by James Creekmore during public comment. He pointed out that he had gone to itinerant vendor events held at the Rundown Cafe and Longboards.

“I went to both of those restaurants because of the market there,” he said.

After hearing public comment and council discussion, Testerman said the planning department would probably be able to provide a draft ordinance for the planning committee by October. And admitting that his knowledge of how itinerant vendors operate is limited, he solicited advice.

“I’m not exactly an expert on the little markets and vendors,” Testerman said. “Any suggestions that are sent, we can’t guarantee it’s going to be included in what gets presented to council…but the more information I have…in developing something, the better for putting together an ordinance that attempts to work for all sides.”

The itinerant vendors who attended the meeting were encouraged by the attitude of Town Council.

“I appreciated that they acknowledged that something needed to be done now,” artist Buffy Marie said in a Voice interview. “It was affecting our daily livelihood.”