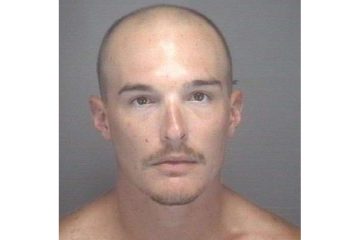 Shayne Michael Perry, the man charged with the Aug. 14, 2022, murder of William Jeffrey Bowlin, was found guilty on Sept. 8 in Dare District Court of a January 2022 assault against Bowlin’s daughter Olivia.

According to case documents, Perry, 30 struck Olivia Bowlin above her left eye, causing that area to swell, during the Jan. 21 incident. He pleaded not guilty in the case that was presided over by District Judge Robert Trivette and was sentenced to 60 days, according to the Dare County Clerk of Court’s office. Perry was represented in the assault case by Dare County Public Defender Christan Routten, who was not available for comment.

Payne now faces an Oct. 27 court date on the second-degree murder charge in the William Jeffrey Bowlin case. Bowlin, a highly regarded local contractor, was shot while “protecting a member of his family,” according to his obituary.

According to information released by the Dare County Sheriff’s Office at the time of the shooting, sheriff’s deputies responded to a report at 3040 Martins Point Drive in Kitty Hawk and found Bowlin, 60, with a gunshot wound to the chest. Dare County EMS transported the victim to Outer Banks Hospital where he was pronounced dead a short time later.

The report said that Perry was located and taken into custody without incident.