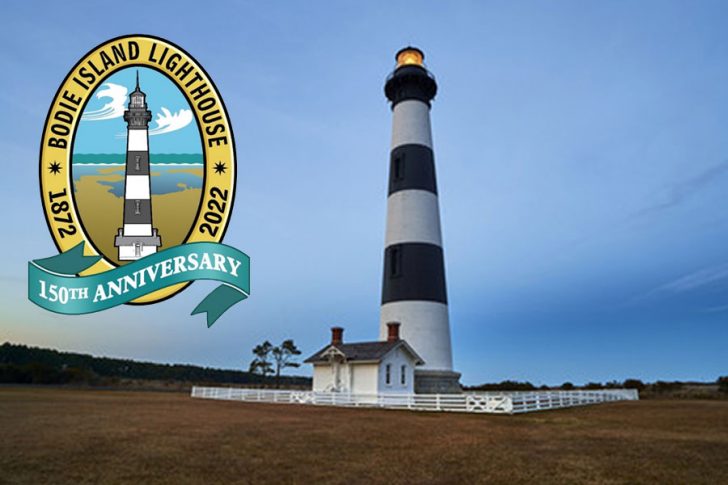 Cape Hatteras National Seashore, in partnership with Outer Banks Forever and the Outer Banks Lighthouse Society, will celebrate the 150th anniversary of the first lighting of the Bodie Island Lighthouse during a one-hour ceremony at 10 a.m. Oct. 1, 2022.

The anniversary ceremony at the historic Bodie Island Light Station will feature remarks from Cape Hatteras National Seashore, United States Coast Guard, Outer Banks Lighthouse Society and descendants of lighthouse keepers. Visitors will be able to experience temporary displays and exhibits within the Double Keepers Quarters and the base of the Bodie Island Lighthouse.

Tickets to climb the Bodie Island Lighthouse will be free on Oct. 1, 2022, and will require advanced reservations at: www.eventbrite.com/e/bodie-island-lighthouse-150th-anniversary-climb-tickets-397312330877.

An informal evening gathering is scheduled to occur at 5:45 p.m. on the grounds of the Bodie Island Light Station. Following brief remarks, visitors will be able to hear stories of the United States Life-Saving Service and view a lighting of the first-order Fresnel lens, 150 years after it was first lit.