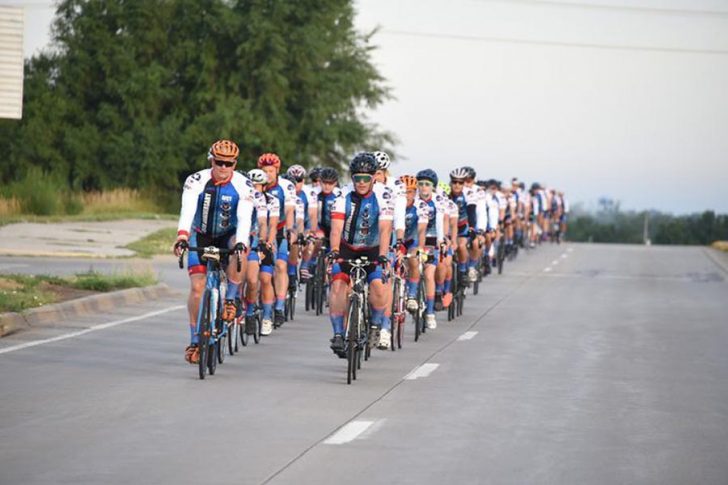 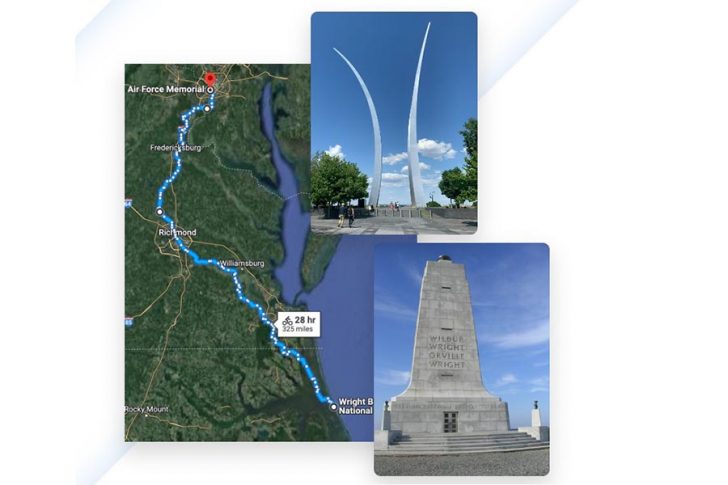 To celebrate the US Air Force’s 75th Anniversary and to raise money for the Wounded Airman Program the USAF Cycling Team of Air Force & Space Command cyclists plan to ride their human powered bicycles from the Wright Brothers Memorial in Kill Devil Hills, NC to the USAF Memorial in Arlington, VA. Their 4-day ride will begin on September 15th at 7:30 a.m. with a 90+ mile ride to their first overnight stop at a hotel in Chesapeake, VA.

Join in celebrating the Air Force’s anniversary and support for the Wounded Airman Program. The National Park Service (NPS) will open the Wright Memorial’s main gate on Route 158 at 6:45 a.m. for the cyclists who will then have a group photograph taken by local photographer Chandler Tillett, of Island Time Photography, and begin their 4-day 330-mile ride at 7:30am. Chip Cowan and his team of mechanics of Outer Banks Bicycle will providing maintenance support to the cyclists.

This year’s ride is the inaugural M2M. The AF Cycling Team plans to make the M2M an annual event eventually involving thousands of cyclists. The inaugural event, however, is limited to 80-100 cyclists to provide learning experiences for the cycling team and to establish close relationships with NC and VA State and local governments and law enforcement authorities. While the ride is hosted by the Air Force Cycling Team, it is free and is open to all cyclists.

If one would like to help the team support the Wounded Airmen Program (a wonderful charity that supports wounded Airmen and Guardians and their families), one can do so at https://www.afa.org/?form=M2MRide