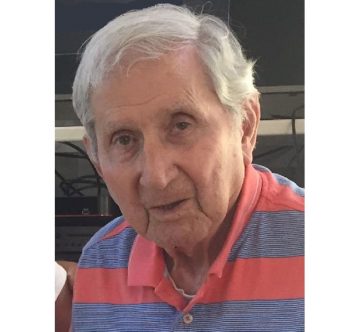 Marc George Standley of Kitty Hawk, NC was born in Antananarivo on the island of Madagascar to French and British parents. From there, he began a successful and adventurous life: He grew up with his siblings exploring that island before moving to London to attain his degree in economics. After graduation, he took jobs over his long business career in England, Germany, Belgium, and the United States, and travelled much of the rest of the world for both business and pleasure. Marc and his wife, Sandy, whom he met in Frankfurt, Germany, had two children, Sean and Jonathan.

Through his life, Marc provided for his family, making sure they were not just secure, but could thrive: His children went to college, the family took many vacations, and a long dreamed of pool was built. No wanted Lego set was left unbought. Alongside his commitment and responsibility to his family, Marc certainly knew how to have a good time, too, drinking far much more wine than he ought to have (right up until the very end!), often while tinkering with his Märklin model trains.

Marc lived in good health until peacefully passing on August 3, 2022, with Sandy and his surviving son, Sean, with him. He was blessed to have spent his final years with Sandy, Sean and his wife Laura, and his two grandchildren, Theodore and Cecilia. Marc will always be remembered chasing them through the house as the “monster,” and providing great excuses for extra Tom and Jerry cartoon time, to their immeasurable mutual delight.

To respect Marc’s wishes, the family will not hold any services, but a glass of wine in his honor would certainly be welcome. Cheers!