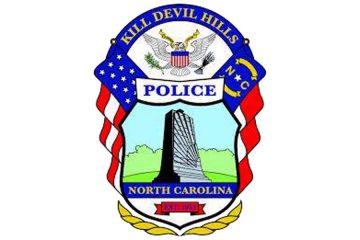 The Kill Devil Hills Police have issued this press release at about 2 p.m. on Sept. 15 concerning a murder-suicide the previous afternoon.

On Wednesday, Sept. 14, at approximately 4:15 p.m. Dare County Communications (911) received a call concerning a shooting that had just occurred on Burns Drive in Kill Devil Hills. Upon arrival, officers discovered two individuals who had been fatally shot at a residence in the 200 block of Burns Drive.

Based on circumstances at the scene, the North Carolina State Bureau of Investigation (SBI) was called for technical assistance and worked together with Kill Devil Hills detectives to piece together what happened. While aspects of the investigation are ongoing, the Department can confirm that this was a case of a murder-suicide. The victim, Jennifer L. Hultzman, 49, lived at the Burns Drive residence with several roommates including the suspect, Tommy Pursley, 63. Both Hultzman and Pursley had lived on the Outer Banks for many years. For reasons that remain unclear, Mr. Pursley shot Ms. Hultzman on the 2nd floor front porch then entered the residence and shot himself.

The weapon was a 9 mm InterArms semiautomatic handgun that belonged to Mr. Pursley. Mr. Pursley and Ms. Hultzman did not have a relationship beyond being roommates for approximately five years. The Department would like to thank the SBI’s Crime Scene Unit for their help in this investigation.