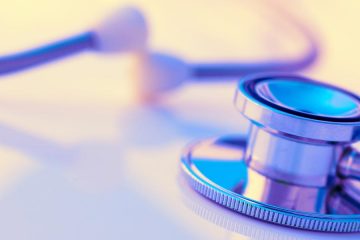 A federally qualified health center that integrates care for physical, mental and dental health will open its doors in Manteo within the year, according to Joe Rockenstein, CEO of the Ocracoke and Englehard, N.C. health centers. Due to its funding structure and mission, the clinic will charge fees based on a patient’s income, including both insured and uninsured patients.

Rockenstein gave a presentation at the Town of Manteo Healthcare Task Force meeting on Sept. 13, where he explained that the three centers — Ocracoke, Englehard and Roanoke Island — will be part of one larger entity. In 2014, the Ocracoke and Engelhard locations joined together as one organization and have since operated as federally sponsored health centers governed by the Health Resources and Services Administration (HRSA).

“I just want to let you know that we’re going to be coming to provide healthcare to this area,” Rockenstein said during the presentation, which prompted applause in the audience. In an interview with the Voice, Rockenstein added that, “I know the community would like us to be there tomorrow.”

The news comes on the heels of what some have described as a healthcare crisis on the Outer Banks. This spring, more than 2,400 patients of Outer Banks Family Medicine in Manteo were notified they no longer could receive care there due to a doctor shortage. Since then, the Outer Banks Hospital and Outer Bank Medical group has brought in two new doctors at the Manteo location and is in the process of reinstating patients. It is also expanding its primary care services in Nags Head.

Rockenstein told the Voice that several existing buildings on Roanoke Island are being considered for the health center and he anticipates it will take at least five to six months to open. When the clinic opens, the plan is to start with two to three providers, one of which he said will be Dr. Jennifer Harrison, a local physician and former provider with Outer Banks Family Medicine in Manteo.

The initial phase will also include five to six clinical personnel, three administrative personnel, a pharmacist and pharmacy tech. And once the center is established, Rockenstein said, the next step in services would be to add mental health employees and then later, dental services.

Federally qualified health centers (FQHC) are centers that apply for and receive federal grants and whose charge is to serve the underserved population. Outlined by HRSA, FQHCs have a mission to create whole-person care – implementing what is called an integrated care model – without any financial barriers, as well as to bridge the gap in healthcare for Medicaid, Medicare, uninsured and underinsured individuals.

Noting that there are thousands of FQHCs in the United States, Rockenstein said it is not a free clinic, but has a sliding fee scale based on a patient’s salary.

“It is critical for people to be able to have services that they can go to and not feel like there’s a financial barrier for them to be able to see the doctor,” he said. “So regardless of whether you have insurance or don’t have insurance…that’s never an issue. There are no barriers whatsoever.”

What enables FQHCs to do that, he said, is grant funding from the federal government as well as the ability of FQHCs to receive enhanced reimbursement for Medicaid and Medicare.

“All of these things combined help to make our organization whole and as a result, we are able to fully staff and fully service the community without having a problem with being able to financially stay afloat, because truly that’s been one of the greatest barriers to providing health care,” he said.