WHAT TO WATCH ON TV
Stream On: Out and in from the cold—‘The Old Man’ and John le Carré’s Alec Leamas 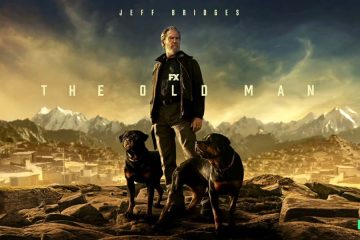 One doesn’t think of Jeff Bridges as a TV actor nowadays, although his huge résumé boasts a lot of TV work—his last TV appearance was in 2008 in the HBO TV movie A Dog Year. Well, he’s back in America’s living rooms, in a new TV series, The Old Man, about a retired spy who returns to the cold of the field, a thriller that unfolds gradually, like an onion—or a John le Carré story.

The Old Man is a treatment of Thomas Perry’s 2017 novel, in which retired CIA officer Dan Chase (Jeff Bridges, Hell or High Water), who has been living off of the grid in upstate New York for thirty years, is forced to go into hiding after killing an intruder in his house.

He is in his ’70’s, grizzled but still in good shape, and obsessive about his personal security. He’s in burner-cellphone contact with his grown daughter, who knows only generally about his past, and until the incident with the intruder, was content to stay holed up with his two mastiffs, Dave and Carol, unhappily contemplating the ghosts of his past.

But when his past catches up with him in the form of the intruder, he must go back into the cold to deal with it. He had felt something was “off,” going as far as to request cognitive testing from his doctor, which came back normal, and so he trusts his paranoia and is ready when his dogs attack the intruder, whom Chase kills after he refuses to say who sent him. Assuming the manner of a hapless senior citizen he reports it, taking off after his interview with the local (small-town) police.

Meanwhile, “Assistant Director” Harper (John Lithgow, Third Rock from the Sun, Dexter), is briefed at home on the phone about an operation that’s “gone sideways,” to locate and retrieve an “asset” from a long-ago operation. Harper, in some agitation, protests that that case has been resolved for three decades. “Why is it coming up again now?”

“Sir, that’s outside the scope of my responsibilities,” comes the answer from the phone.

Harold Harper was Dan Chase’s CIA handler during the Soviet-Afghan war in the ’seventies, and has his own reasons for hoping that Chase is not found. Harper is ready to see Chase elude the agency; if he can’t, Harper would see him dead.

As the story proceeds in multiple timelines, the past is peeled away for the audience (and the characters) like an onion, which is the first thing that reminded me of the dense storytelling of John le Carré. It’s not derivative, maybe generally inspired by, but it turns out to be a good indication of the excellence of the first season so far of The Old Man.

THE SPY WHO CAME IN FROM THE COLD 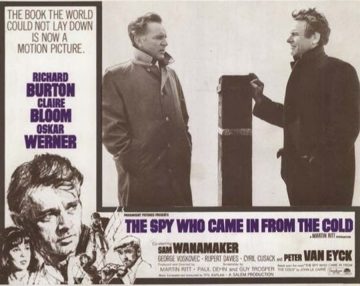 The Spy Who Came in from the Cold was John le Carré’s third novel; it uses characters established in the first—George Smiley, a career intelligence officer with the British overseas intelligence agency known as “The Circus,” and Hans-Dieter Mundt, an East German agent who escapes London after being identified. (Smiley will become the most famous of le Carré’s recurring characters.)

Le Carré’s first novel, Call for the Dead, was filmed for Columbia Pictures in 1966 as The Deadly Affair; the Smiley character was renamed for the film, as Paramount had bought the rights to the name “George Smiley” when filming The Spy Who Came in from the Cold in 1965.

Le Carré adapted his second novel, A Murder of Quality, for Thames Television. A Murder of Quality was shown on the ITV network in 1991, and has Smiley investigating a murder outside of the espionage community. It doesn’t appear to be streaming, except on YouTube.

Smiley is but a supporting character in 1965’s The Spy Who Came in from the Cold, the first film treatment of a le Carré novel; this story features MI6 agent Alec Leamas (Richard Burton), who is recalled from Berlin after the death of his last agent there and apparently fired from the agency. A bitter and pugnacious alcoholic, he takes a job at a private library where he meets and becomes close to a young woman also working there (Claire Bloom), who, Leamas is surprised and a little appalled to learn, is a naïve and idealistic British Communist. Leamas lands briefly in jail for drunkenly assaulting a grocer before he is approached by the East Germans, who had been watching him, as a candidate for defection. They offer him money to come to the East and tell them about the British intelligence presence in East Germany.

But Leamas is still on the clock (as was hinted at earlier in the film); his brief is to share misinformation with his interrogator, Fiedler (Oskar Werner), suggesting that a high-ranking East German intelligence officer named Mundt (whom readers remember from Call for the Dead) is a paid informant of the British.

Mundt is subsequently arrested and put on trial as a British agent; Leamas testifies, but a surprise witness upsets everything, and Leamas recalls what he told his librarian friend about politics:

“I was once driving down a main road on the Continent, and I saw two great trucks move out and converge on a station wagon driving down the middle of the road. I only heard the crash because I drove on. The last I saw of the station wagon was three small children, two little boys and a little girl, laughing through the back window. “Communism, Capitalism … It’s the innocents who get slaughtered.”