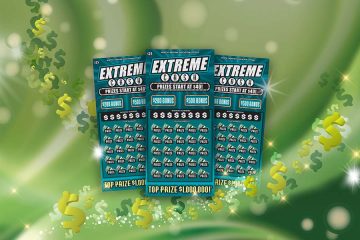 Luke Ash of Duck tried his luck on a $25 scratch-off ticket and won a $100,000 prize. Ash bought his Extreme Cash ticket from My Stop on Hooker Road in Greenville. He collected his prize Friday at lottery headquarters and, after required state and federal tax withholdings, took home $71,017.

Ticket sales from scratch-off games make it possible for the lottery to raise more than $2.5 million a day on average for education. For details on how $2.2 million raised by the lottery made a difference in Dare County in 2021, visit www.nclottery.com and click on the “Impact” section.