WHAT TO WATCH ON TV
Stream On: The chase is on! Two memorable car chase films—‘Bullitt’ and ‘Ronin’ 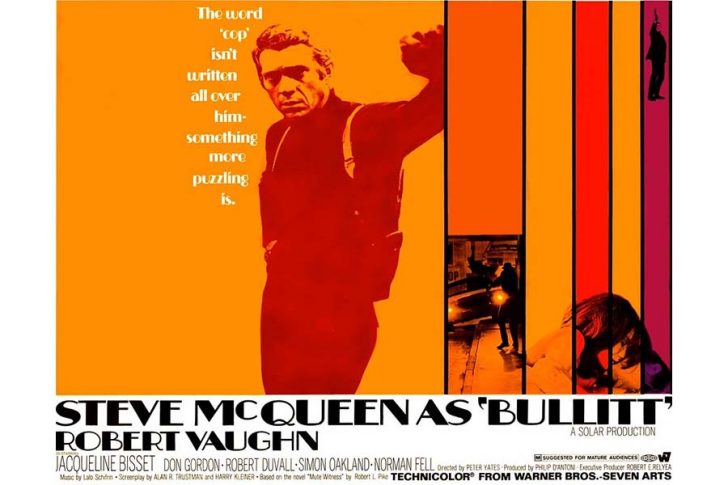 Recently we looked at two great car-race films; this week, two car-chase films, one featuring the star of Le Mans, the other featuring the director of Grand Prix. The car chases in these films are not the best things about them, but c’mon! They’re awesome!

While actor Steve McQueen was studying with Sanford Meisner and Stella Adler in the 1950’s, he earned money by competing in weekend motorcycle races at Long Island City Raceway. He loved motor racing of all kinds; when he starred in the epic Le Mans, he was on his way to becoming the highest-paid movie star in the world, and he did a lot of his own driving (like James Garner, the star of Grand Prix) in films. The studio insurance underwriters would have been happier if he didn’t race cars on weekend and attempt to do his own driving in films, but, hey, it worked.

His breakthrough role had come in 1958 when he appeared as a western bounty hunter in the TV series Wanted: Dead or Alive, and his rise was meteoric. In 1968 his new production company Solar Productions made its first film with Warner Bros.-Seven Arts—Bullitt, about insubordinate San Francisco Police Dept. inspector Frank Bullitt (McQueen), who attempts to keep an organized crime investigation open by concealing the death of his only witness.

Inspired by Robert L. Pike’s 1963 novel Mute Witness, Bullitt hits all the neo-noir marks, adding a jazzy score by Lalo Schifrin, a hip-for-the-day San Francisco setting, that car chase (still considered one of the greatest in cinema), and McQueen’s quiet charisma, as well as great performances by Robert Vaughan (McQueen’s costar in 1960’s The Magnificent Seven) and Jacqueline Bissett.

If you’re just here for the gears, here’s the iconic car chase scene, and here is a reprint from Muscle Car Review of 1987, “Bullitt: How the Greatest Car Chase was Filmed.” McQueen did do a lot of the driving in the chase, but after he spun out (which was left in the film), Warner Brothers stunt coordinator Ron Riner pulled him out of the car and put in stunt driver Bud Elkins, which also pleased McQueen’s wife.

(McQueen based his character, Frank Bullitt, on colorful San Francisco inspector Dave Toschi, who later became famous as the one of the lead San Francisco investigators of the Zodiac murders, which were dramatized in Dirty Harry and Zodiac.)

In 2007, Bullitt was selected for preservation in the United States National Film Registry by the Library of Congress, as “culturally, historically, or aesthetically significant.” 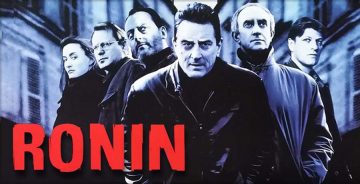 Director John Frankenheimer, who made his bones doing live TV drama in the ‘50’s and ‘60’s, was yet another Hollywood amateur race-car driver, and his first color movie was Grand Prix, at which we looked last week. He said of it, “I’m not saying its my best film. But it is certainly one of the most satisfactory films I’ve made…to be able to indulge your fantasies with ten-and-a-half million dollars is, I think, marvelous,” referencing the budget. After a fallow period in the ’eighties, Frankenheimer’s return to form was marked by Ronin, an action thriller about a team of former special operatives hired to steal a mysterious, heavily guarded briefcase (the MacGuffin) while navigating a maze of shifting loyalties. The screenplay was David Mamet’s rewrite of a story and treatment by John David Zeik; it’s a little fractured, but navigable, and held together by two riveting car chases, in Paris and Nice, coordinated and performed by professional auto racing drivers. In Paris, the chase goes against the traffic in the same tunnels in which Princess Diana died a little more than a year previously, and in Nice, through tiny ancient streets barely wide enough for one car. With an excellent cast featuring Robert De Niro (Cop Land, Bang the Drum Slowly, The Godfather Part II), Jean Reno, Sean Bean (The Frankenstein Chronicles) and Natascha McElhone (Solaris). Again, if you’ve a need for speed, here is the Paris chase and here is the Nice action.