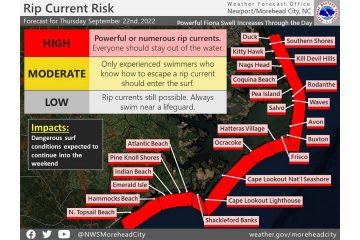 The National Weather Service at Newport/Morehead City issued this high rip warning early in the morning of Sept. 22.

​Strongest rip currents often occur a couple hours either side of low tide, which is around 11:35 a.m. today.

Ocean Rescue staffing is at off season levels. Most beaches are covered by a roving patrol. If help is needed, know your location and call 911.

Warnings from the Dare EMS and the National Park Service 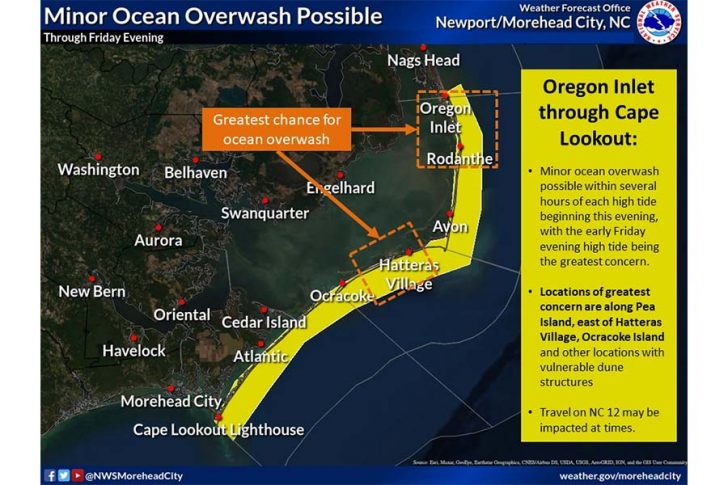 In addition, Dare County EMS is cautioning that “the powerful swell from distant Major Hurricane Fiona will increase today, bringing very dangerous surf and marine conditions to coastal NC. Some minor ocean overwash for areas on the Outer Banks with weak dunes is also possible around the times of high tides over the next two days.”

And the Cape Hatteras National Seashore is recommending that “due to the potential for ocean overwash and beach erosion associated with distant Hurricane Fiona…visitors [should] avoid the beach adjacent to Rodanthe, N.C., from Thursday, Sept 22 through Friday, Sept. 23…The recommendation [is] to avoid a two-mile stretch of beach, between the north end of Rodanthe and South Shore Dr.”