Property to become police station, but medical space may be available 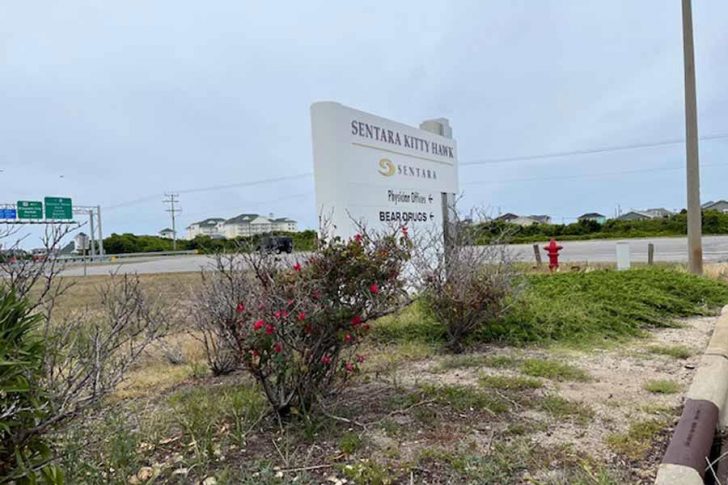 With little fanfare, the Town of Kitty Hawk finalized the purchase of the Sentara property next to the Aycock Brown Welcome Center on Sept. 19. The town paid $4.1 million for the property that was owned by Pasquotank County.

Plans call for the building to be converted to a new police station, replacing the facility that is located on West Kitty Hawk Road in what is considered a flood zone. According to Town Manager Andy Stewart, converting the Sentara building to a police station will represent a substantial savings to town residents. If a new station had to be built, estimates put the cost at $14 million.

“It fit the need for a police station at about nine million less than the cost to construct a new one,” Stewart said in a Voice interview.

The approximately $5 million for the new station includes the purchase price and an estimated $1.3 million for renovations. The town used money in its fund balance to pay for the building, tapping into visitation revenues and savings.

“The [larger] fund balance was a result of budget savings over the past seven or eight years and also the increase in revenues that the town has experienced related to increased tourism,” Stewart said.

Plans call for additional public parking and a secure area for staff and police vehicles and parking. To do that, only the newer sections of the building will be retained.

“The old Surgery Center and everything [on that end] is going to be demolished,” Stewart said. “We’re keeping the two newest phases of the project.”

If Kitty Hawk had been unable to buy the Sentara property, the town had the option of building a police station on property they own at Bennett Street and US 158. The new location, though, carries with it the lower price tag and a little more space.

The town is currently taking bids on the demolition of the old side of the building and for the renovation of what is being retained.

“The remodel, that’s going to be a new roof, siding, parking, converting some of the offices to accommodate the police department programming,” Stewart said, adding that the police will not need the entire building.

“We’ll probably have four suites available,” he said. Bear Drugs is currently located in the building and the town is hoping the business will remain.

Although plans have not yet been finalized for what to do with the additional four suites that will probably be a part of the building, Stewart believes they could be used as medical offices.

If Kitty Hawk does decide to lease the unused space, Stewart believes that the building will pay for itself at some point in the future.

“The town will recoup this money over a period of time if we lease. Hopefully some portions will be medical. There’s a need for medical in this area. We would get a governmental use out of the property and a medical use, which is the exact zoning of the property,” he said. “It’d be a win-win for everybody.”