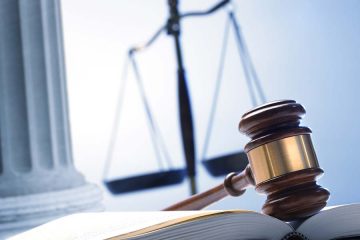 For 45 days — from March 20 until May 4 of 2020 — Dare County closed its borders to nonresident property owners. Workers and residents of neighboring counties were still permitted access to the county, but no one else could enter. It was an action taken in the hope of curtailing the spread of COVID 19 at a time when the disease was emerging as a dangerous pandemic.

Almost two-and-a-half years later, there is still an ongoing a court battle over that closure — a case that is now before the Fourth Appellate Court of the United States.

For Dare County, the question whether it will owe compensation to nonresident property owners for the 45-day closure. But the outcome of Blackburn v Dare County could have implications beyond the county itself.

This is not the first legal battle over the county’s COVID closure. In 2020, plaintiffs sued, claiming the county violated their Constitutional rights by denying non-resident property owners access. In the settlement, the Dare Commissioners agreed that in future public health emergencies, the county would classify non-resident property owners the same way as residents. Without making an admission of fault or liability, the county also agreed to pay $16,500 in legal costs.

What the Blackburns contend is that Dare County is liable for damages under the takings clause of the Fifth Amendment when it restricts access during a State of Emergency. The relevant section of that amendment states that, “No person shall be…deprived of…property, without due process of law; nor shall private property be taken for public use, without just compensation.”

Legal experts say this provision in the Constitution is the basis for eminent domain takings and payments. And while it is established law that when the government physically takes someone’s property, compensation must be paid, it has not been clearly established what happens when a government action prevents someone from using their property.

In an interview with the Voice, the Blackburns’ attorney, Lloyd C. Smith III, said that even if the county has the right to limit access to a non-resident owner’s property, compensation must be paid.

“This area of the law, particularly as it relates to takings under the Fifth Amendment…it’s a tricky area,” Smith added. “I would say that the law is not overly clear, one way or another, particularly when you get outside of what you would normally think of as just a typical physical taking.”

Back in September 2020, U.S. District Court Judge Louise Flanagan dismissed this case, writing that “Defendant County’s concededly legitimate exercise of its emergency management powers under North Carolina law to protect public health in the ‘unprecedented’ circumstances presented by the COVID-19 pandemic, weighed against loss of use indirectly occasioned by preventing plaintiffs from personally accessing their vacation home for 45 days, does not plausibly amount to a regulatory taking of plaintiffs’ property.”

Dare County in a statement issued for this story, wrote, “The District Court’s order, which agreed with Dare County and upheld the temporary travel restriction, speaks for itself and underscores that elected officials can act in times of emergency to prevent harm or otherwise protect the public. By way of example, elected officials should be able to respond to the devastation caused by Hurricane Ian and similar natural disasters, including by enacting travel restrictions, without invoking the Takings Clause” of the Fifth Amendment.

The Blackburns appealed Judge Flanagan’s decision and the Fourth Appellate Court agreed to hear the case.

On September 13 of this year, the Appellate Court held oral arguments for the case.

During those arguments, after Smith stated that the Blackburns had lost fair market rental value because they could not rent the property during the 45 days they were denied access, Judge G. Steven Agee questioned that assertion.

“You’ve alleged the loss of the fair market rental value and that seems to be questionable,” he said, pointing out that the Blackburns could have rented to Dare County residents or even residents of neighboring counties who were still allowed to enter the county.

Smith argued that the Blackburns and other property owners were unfairly burdened by the county’s decision, telling the court, “Is it an economic burden borne by all, or somebody specifically singled out in this case, the nonresident property owners who did not happen to be from [neighboring counties] as well as Dare?” Dare and neighboring county residents “suffered no burden whatsoever,” he added.

Judge Julius Richardson responded by stating that “All the residents that live there, that worked in those counties, it was a huge burden on them…When you shut down tourism in that part of the country, it has a huge impact on those people. But the impact is because it’s a travel ban, not because it’s a property taken,” he said.

The judges also directed questions at Brian Castro, the attorney for Dare County, with Judge Agee wondering if the issue of property owners looking for a return on their investment had been examined.

“Have you discussed the…interference with reasonable expectations of investment or do you think that needs any discussion?” he asked Castro.

“When you purchase a secondary vacation home or you purchase a plot of land there is no reasonable investment backed expectation that you’ll be able to use that property at your whim, particularly during a pandemic or when there’s a contagious disease or other type of emergency within that zone,” Castro said.

The briefs have been filed, the oral arguments closed and now it’s up to the court to come to a decision. And as Dare County Manager Bobby Outten noted, “There’s no statutory limit on how long it takes them to make up make a decision.”