Basnight ‘consistently rose to the top at every step’ 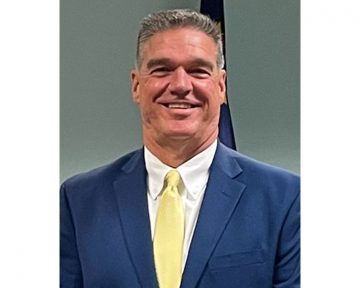 Basnight will receive an annual starting salary of $190,000, according to the terms of his contract that goes through June 30, 2026. Under the terms of the agreement, his salary will be reviewed at least once a year and the length of the contract can be extended at any time.

The former Hyde County superintendent was among 22 applicants considered for the post and was hired after an in-house search that included the formation of an ad hoc search committee made up of school board members, three principals representing the three different areas of the county and central office staff.

At the end of June, the Dare County Board of Education voted to conduct the superintendent search in-house, opting not to hire an outside search firm. In the 2017 search that culminated with the board selecting Farrelly, the board paid about $26,000 to an outside firm.

The ad hoc committee, said board of education member and ad hoc committee chair Mary Ellon Ballance, worked to develop the vacancy advertisement as well as a series of interview questions for the candidate finalists. The committee also put together a survey to gauge what the community was looking for in a new superintendent.

“The best part about that process is we were fully involved and fully engaged through the entire time,” Ballance said, adding that with no outside consultant, the board got its information on the candidates firsthand.

After the application period ended, Ballance said, the board of education met for a work session to review the 22 applications and settled on between six and eight top contenders. “We went through every single one as a board…and decided which ones we felt we wanted to hear more from,” Ballance told the Voice.

Those finalists were asked to submit a three-minute video, and based on their responses, the board decided on four candidates to bring in for in-person interviews. Each candidate was asked the same questions developed by the committee.

“The interviews were in front of the full board, and we spent a whole day on them,” Ballance said. “We had two in the morning, we took a lunch break, and then we had two in the afternoon.”  Basnight, she said, “consistently rose to the top at every step” of the interview process.

An educator in Dare County Schools for 28 years, Basnight served as a classroom teacher, coach, principal and administrator. He also was principal of the J.P. Knapp Early College in Currituck before becoming superintendent of Hyde County Schools, retiring from that post in April of this year.

According to Basnight’s contract, the Dare County Board of Education will provide a written evaluation of his performance prior to Aug. 31 of each year. “At the time of its evaluation, the Board may consider increasing the length of the term, salary and benefits paid to the superintendent and consider increasing the superintendent compensation…ranging from $3,800 to $9,500,” the agreement reads.

On May 31, former superintendent Farrelly resigned from his post effective June 30. Under the terms of a settlement agreement with the Board of Education, he received a monthly payment, beginning July 1, in the amount of $18,149 for the next 18 months, totaling $326,688.