At 14, Mackenzie Taylor is already a lifting legend 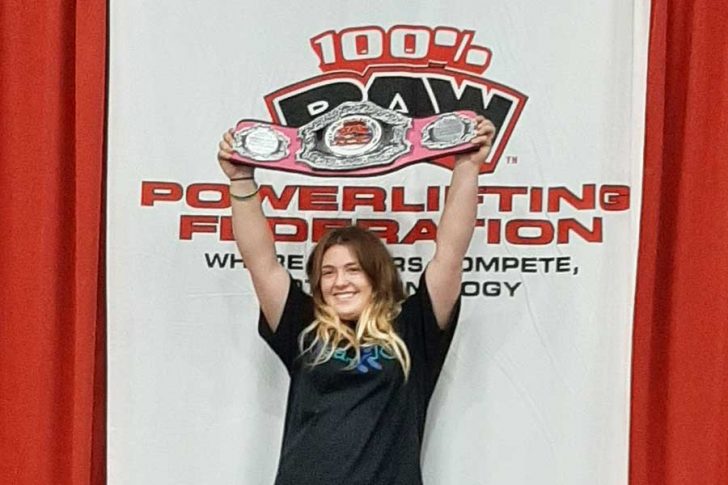 When 14-year-old Mackenzie Taylor was just six years old, she would go to the Jarvisburg Church of Christ (JCC) gym with her grandfather, who coaches weightlifting as part of an outreach program there.

“She said she wanted to try it,” said her grandfather, Gene Berry. “So we put her in a contest and she won and broke records and hadn’t really even trained. She was extremely strong, just gifted in that way.”

From that point on, Taylor, who attends Jarvisburg Christian Academy, has been smashing records in the 100% RAW Powerlifting Federation, which has more than 8,000 lifters worldwide.

According to its website, the “RAW Powerlifting Federation was established in 1999 with the goals to highlight powerlifters safely competing with no special ‘support equipment to become the premier drug free powerlifting federation in the world.”

She has also reached the status of an elite lifter – which is based on powerlifting totals that are comprised of squat max, bench press max and deadlift max and must be in the top 10 of the individual’s weight class.

Mackenzie and other lifters from Team JCC competed in the Federation’s 2022 World Championships in Virginia Beach earlier this month, where she was named best lifter in three events – the strict curl heavyweight, powerlifting heavyweight and bench press overall.

“She had the highest total of all the women at the competition as well as the highest bench,” Berry explained, adding that Mackenzie’s younger sister, 10-year-old Madison, is following in her footsteps and is set to reach elite status in the near future.

For her part, Mackenzie said the experience was amazing. “It was one of my goals to get that title, and it was cool to beat the older competitors,” she said, adding that she loved to see the smiles on everyone’s faces during the competition.

Out of her 39 competitions since she first walked in her grandfather’s gym when she was six, Taylor has been named the best female youth or open overall lifter 15 times, and she has either broken or rebroken her own records a total of 425 times. In her weight class in the 100% RAW Powerlifting Federation, Taylor currently holds 26 world records.

According to Berry, Mackenzie is the first woman in North Carolina to curl 100 pounds, and the youngest female in the world to curl that weight.

The young athlete, who has also excelled in other sports including volleyball and basketball, attributes her success to being very goal-oriented and driven.

“I like having goals and then meeting them,” she told the Voice. Mackenzie trains about 16 hours a week in the weeks leading up to the World Championships and about six hours a week during other training seasons.

She also adds, “I lift through my faith and through God.”

Mackenzie said she owes a lot of her success to her coach/grandfather. “I wouldn’t have any other person – I don’t know what I would do without him.” 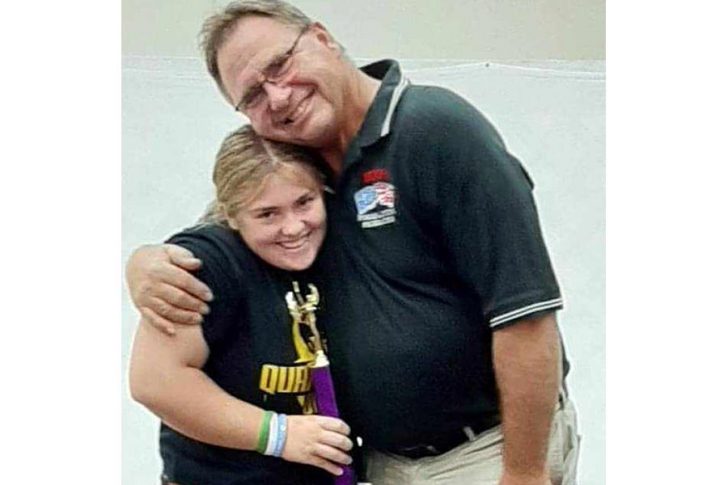 Berry, who is Mackenzie’s coach and biggest cheerleader, runs the outreach program every Tuesday and Thursday for those who want to lift, and he coaches Team JCC, which includes an adult and youth power-lifting team that have both won more than 40 state titles over the years.

“All my kids train hard, and we train to win,” Berry said, adding that there are roughly 20 youth weightlifters in the JCC program. And while weightlifting tends to be a male-dominated sport, Berry said the sport provides young women a sense of power and confidence. “They know they can’t be messed with,” he asserted.

As for Mackenzie and the rest of TEAM JCC, they have their sights on the State Championships in February. And Mackenzie has set the goal of curling 120 pounds and earning a powerlifting total of 1,000.

“That’s hitting it pretty hard, but I think I can get there,” she asserted.