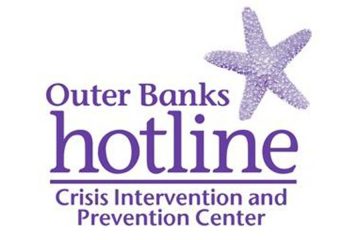 Only 15 Human Trafficking Joint Task Force grants were awarded across the United States. The submission from the Outer Banks Hotline and Dare County partnership was one of the 15 grants awarded and received a combined total of $860,818.00 to be distributed over a three-year period. Dare County Sheriff’s Office was awarded $416,354 and Outer Banks Hotline $444,464. Additionally, each agency is required to contribute 25% in matching funds, bringing the total amount of funding to $1,076,025 to combat the human trafficking problem that exists in Dare County.

“It is a privilege for Outer Banks Hotline to be part of only four joint task forces awarded on the East Coast,” said Bronwyn Thornton, Executive Director of Outer Banks Hotline. “That privilege comes with a heavy responsibility to make sure we use these funds to make a difference”.

The task force will stretch beyond Dare County to include efforts across Camden, Currituck, and Pasquotank and will operate as the North Carolina Eastern Region Human Trafficking Task Force. According to 2020-2021 statistics published by the North Carolina Council for Women and Youth Involvement, there were 368 documented human trafficking victims who were identified through sexual assault programs, and 218 were in rural counties.