WHAT TO WATCH ON TV
Stream On: The importance of being Gatsby

“I disapproved of him from beginning to end.” (Nick Carraway) 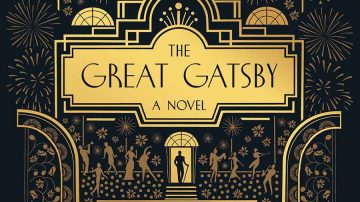 Jay Gatsby, in F. Scott Fitzgerald’s 1925 novel The Great Gatsby, was the quintessential new-world man. “My memory goes back to when first I met him,” his associate, Meyer Wolfsheim, said. “A young major just out of the army and covered over with medals he got in the war. He was so hard up he had to keep on wearing his uniform because he couldn’t buy some regular clothes.”

Meyer Wolfsheim, said Gatsby, “fixed the 1919 World Series” and sported cuff-links made from human molars. Enough said? Gatsby, with Wolfsheim’s help, built himself into a man of substance with a stupendous mansion in new-money “West Egg,” Long Island (the Kings Point end of the Great Neck peninsula) where he threw riotous parties.

(The novel, now in the public domain, can be downloaded from Project Gutenberg and read for free.)

And while the future’s there for anyone to change, still you know it seems
It would be easier sometimes to change the past (Jackson Browne, “Fountain of Sorrow”)

Gatsby’s past is opaque to Nick Carraway, the narrator of the book and cousin of Daisy Buchanan, whom Gatsby loves. Nick has moved to a cottage in West Egg to learn about bonds and make a some money himself, on Wall Street. Gatsby, his mysterious neighbor, comes to Nick’s attention by throwing lavish parties in his ostentatious mansion (in the hope, we learn, that Daisy might come). The people that “show up” for the parties don’t know Gatsby, but, attracted by the mansion and mystery, circulate odd rumors—that Gatsby is the cousin of the Kaiser/ has killed a man etc. To be fair, Gatsby has his own fantastic stories, told with unbelievable details, of his origins. To Nick, Gatsby is a fascinating figure; what Nick doesn’t know is that Gatsby is in love with Nick’s cousin since before the war, when he courted her in spite of their class differences—Gatsby an aspirational social climber coming from poverty, Daisy the wealthy socialite daughter of a rich and established family from Louisville, Kentucky.

But after the war, when Gatsby was unable to join Daisy, she married Tom Buchanan, a friend of Nick’s from college, who also came from old money.

Like Gatsby, Fitzgerald became engaged while a military officer stationed far from home and then sought wealth in order to provide for the lifestyle to which his fiancée, Ginevra King, was accustomed. Like Nick, he attended many parties like Gatsby’s, attracted to but finally disapproving of the entitled rich, that is, those who merely inherited their wealth.

Fitzgerald died in 1940 believing his book a failure; but his death triggered a reëvaluation of his work, with the result that as of 2020 The Great Gatsby has sold more than 30 million copies, still selling 500,000 copies annually.

Three movie treatments and a TV movie are still available; a 1926 silent version is considered lost, which may be just as well—Fitzgerald’s wife Zelda wrote, “We saw ‘The Great Gatsby’ in the movies. It’s ROTTEN and awful and terrible and we left.” 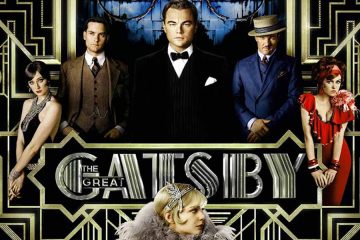 This is actually my favorite version, apparently an unpopular opinion. Indeed, when I began watching, my back went up on hearing Jay-Z’s “100$ Bill,” but I soon got it. The hip-hop, electronica and rock music that pepper the soundtrack convey well the hysteria and promise of post-World War I New York for an audience whose grandparents hadn’t even been born. The camerawork and the sets are feverish and at times hallucinogenic, a good, impressionistic, representation of the spirit of the times.

Leonardo DiCaprio makes a very good if not great Gatsby: on first sighting, confident and self-contained, and as we learn his backstory, more tentative and vulnerable. Carey Mulligan is a tolerable Daisy Buchanan, a talented woman tolerating society’s, and her overbearing husband’s, marginalization that was common in the day.

I didn’t like Tobey Maguire (The Ice Storm) as Nick; he’s more of an empty vessel than an everyman. My favorite Nick is Sam Waterston in the 1974 movie (below).

Fitzgerald’s granddaughter told director Baz Luhrmann that “Scott would be proud” of the movie.

This was a surprisingly good take; a British-American effort, it debuted on the BBC and A&E TV networks, and reminded me the most of the novel. It also features my favorite Daisy Buchanan, a striking Mira Sorvino, for whom I can imagine Gatsby pining. Her philandering but loving husband Tom (Martin Donovan) is played with transparent sympathy, necessary to the plot, unlike the lazy caricatures of the other films.

The treatment highlights the psychology of the characters, and while I didn’t care for Toby Stephens as Gatsby, whose true nature is revealed too early, or Paul Rudd as Nick Carraway, it’s a pleasant enough watch. 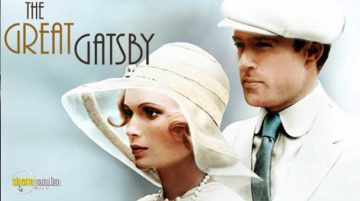 This seems to be most of my friends’ (of a certain age) reflexive choice as the best version; I like it the least—except for Sam Waterston (Godless), who is terrific as Nick Carraway, a casual and charming if not shallow fellow, whose story it is, after all, his recollection of the mysterious young man who changed the way Nick looked at life.

Robert Redford was a one-dimensional Gatsby, all handsome arrogance and no optimistic obsession albeit hidden, and Mia Farrow was ridiculous as a foolish Daisy. And I can’t decide whether the codependent direction or cinematography was worse. The production values seemed to me more like those of a 1976 television movie; even the 2000 TV movie version looked better.

The screenplay, by Francis Ford Coppola, is awful—perhaps he was distracted after learning of the huge success of The Godfather and that he could now write his own ticket. According to Coppola, writing in Town and Country Magazine, he more or less phoned in Gatsby. He had accepted the job after Truman Capote had been fired, and wrote it in “two or three weeks” in a Paris hotel. 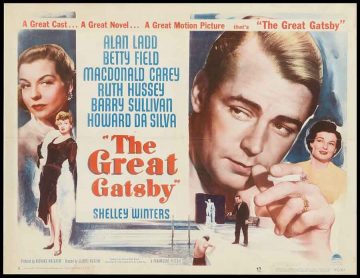 And we come to the strangest rendition, a film noir that emphasizes Gatsby’s criminal side (even showing him firing a revolver from a getaway car), but featuring Alan Ladd, who might be the best Jay Gatsby ever. Born poor in Arkansas, Ladd single-mindedly made himself into one of the top box-office draws of his day. He once delightedly showed off his mansion to an interviewer, including his wardrobe, almost exactly like a scene where Gatsby shows off to Nick and Daisy. Ladd was just right: his insecurity and vulnerability peeked through his handsome façade, and he carried the film.

It’s not bad, if you forget it’s supposed to be Scott Fitzgerald’s novel.