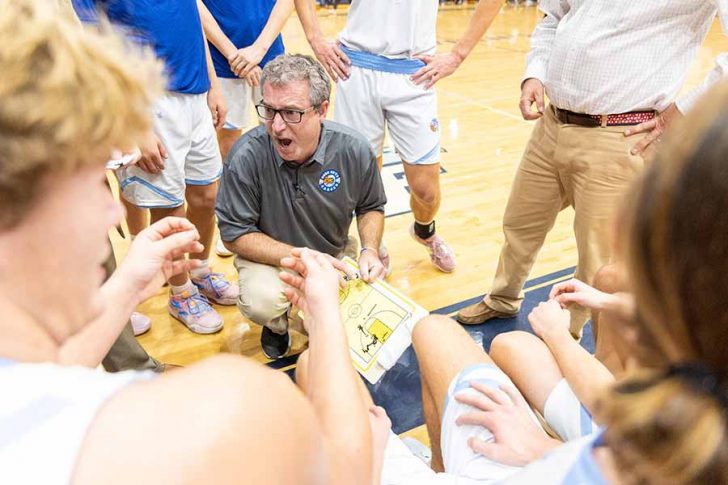 Combine Academy, located about halfway between Charlotte and Hickory, played at a basketball tournament in Atlanta last weekend. Before the season is out, the team will travel to Tennessee, Ohio and Florida, and even face off against the UNC Chapel Hill JV team in the famed Smith Center.

Yet somehow, tucked into the schedule around all those other big-time events, was First Flight High School’s Good Guys vs. Cancer Basketball Showcase. Friday night’s 51-48 victory for Combine over Word of God – another national powerhouse that could have been playing anywhere it wanted to this weekend – highlighted just how impressive coach Chad Williams’ tournament has become in only four years.

Combine coach Michael Wright said his team was playing in another tournament during last year’s Good Guys weekend and he kept seeing highlights about it on social media. It was an easy decision to accept the invitation to join the fun.

“Cancer is an ugly thing in this world. Anytime you can do anything to bring awareness,” Wright said. Plus, “Anytime you can bring the kids to a beach environment, you gotta love it,” he added with a smile.

The location, the atmosphere, the competition and the cause are the reasons teams want to take part. Williams said every coach Saturday told him to pencil in their team for a return trip next December.

Word of God coach Byron Williams said the Good Guys vs. Cancer event has been a highlight all three years his team has taken part. “Chad’s a great American – what the tournament stands for, the high school crowd that we get down here at First Flight is phenomenal,” he said. “As long as I’m the coach of Word of God Christian Academy, we will definitely be in this event.”

Peninsula Catholic of Newport News, Virginia, meanwhile, got an invite to Good Guys after welcoming FFHS to the Knights’ Christmas tournament last year.

“I asked other teams who have been here in the past and everybody was just glowing,” coach Trevor Dorsey said. “I like Chad. If Chad’s selling it, I want to be a part of it. My guys have loved it. I love the Outer Banks. I love the competition. The student section and the atmosphere here are second to none. It’s a great environment for high school basketball. I hope we come back every year.”

Demand for spots in the tournament is actually what led Williams to expand this year’s event to a Thursday night opener. As Good Guys grows in notoriety, scheduling will only get more challenging.

“I still want to keep our local teams involved and I’ve got these big-name schools that want to come down here and be a part of this,” Williams said. “But I don’t want to lose [the local teams] because I think that’s what’s special, having our area kids get to play in front of big crowds.”

One of those local teams that enjoys taking part in the event is Manteo, which rolled 67-38 over Riverside Martin on Saturday in the 8 a.m. opener. That early wake-up call is the only thing Manteo coach Timmy Charity dislikes about the tournament, he said with a laugh.

“I told Chad I’m not playing at eight o’clock next year and he said he’s gonna get us a later game,” Charity said. “But the tournament’s great. We love coming up.”

After a blowout win Thursday against a much smaller Cape Hatteras squad, Manteo proved up to the task against an athletic and bigger Riverside squad. A tournament win like that can be a good indication for how a season plays out, Charity explained, and it’s also great for his players. Most notably, junior big man Kaleb Spencer popped up on several prep hoops social media accounts after two big games. 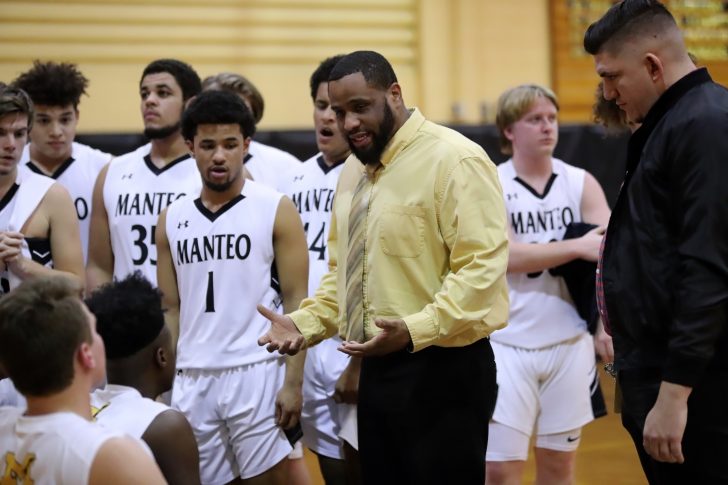 “Exposure is what it’s all about and this [tournament] just excels on that level,” Charity said. “Being able to play in this tournament is really going to help Kaleb as far as exposure and all that good stuff, so we love the opportunity to come here and play.”

Williams added that a number of college coaches were in the building over the weekend and that some players even received offers.

Williams also praised the unending work done by Lindsay Austin and Mora Newton to set up and run the tournament, and also thanked Camden County coach Mark Harnly – a long-time friend – for handling countless tasks in the gym all day Friday and Saturday. Harnly and other friends show up from all over the East Coast to support Williams and his family. Chad’s mom, Betty, was in the stands again this year, as was Chad’s brother, Kevin, and his wife, Aimee. Chad’s wife, Melissa, also gets a special assist as everyone comes together to support him in this mammoth undertaking.

From FFHS administrators to ticket sellers to custodians, it truly took a village to pull off an 18-game schedule across three days.

“I’m just really proud for the guys and all of my support staff and First Flight High School and Dare County Schools and just the Outer Banks in general for being so supportive of this event. It’s just been special,” Williams said. “Each year we say it’s gonna be bigger and better than ever, and I think we’ve certainly delivered. This year was fantastic. The crowds are great. The competition was unbelievable. The games were fantastic – we had very few games that were not going down to the last few minutes. And we raised money for the American Cancer Society and for Gwen Botson and her family, and ultimately, that’s what it’s all about.”

The reason for the tournament is in the name, of course: Guy Williams, Chad’s father, lost his battle with cancer shortly after the first Good Guys vs. Cancer tournament took place. Based on the idea of the popular NCAA basketball Coaches vs. Cancer campaigns – especially popular for North Carolina basketball fans and the connection to the late N.C. State coach, Jim Valvano – all tournament proceeds in the past have gone to the American Cancer Society.

This year, though, Williams has elected to focus on one of his own. First Flight senior Gwen Botson was diagnosed with an aggressive form of cancer earlier this year and has been in and out of the hospital for treatments. 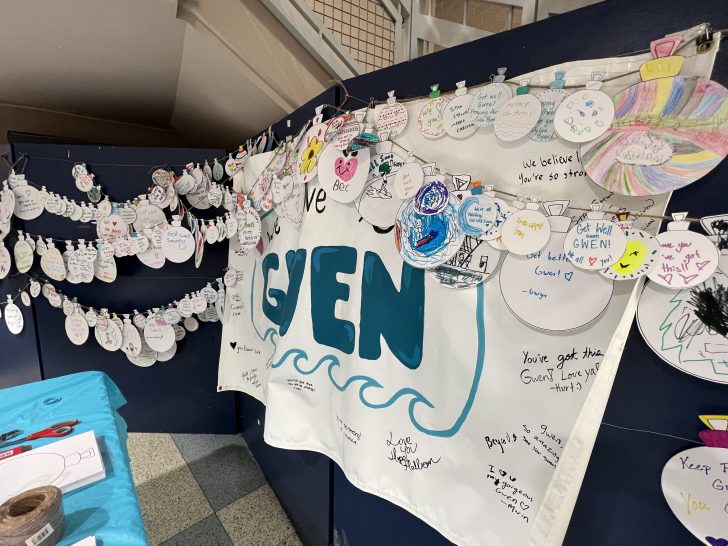 A table in the main entryway of the school had volunteers all weekend with paper ornaments, markers and colored pencils. Friends and strangers alike spent time decorating and writing encouraging messages to Gwen.

It will take some time for all the receipts and expenses from the tournament to be tallied, but Williams hopes to donate enough to help pay for a six-shot chemo regimen Botson needs. You can learn more about Botson’s battle at the CaringBridge website or donate at the GoFund Me page started by a family friend.

“I know how hard it was for me as a child,” Williams said of watching his father endure cancer treatments. “I can’t imagine how it is as a parent and to have a child and to know what they’re going through. The strength that she’s showing and how hard she’s fighting and the support that this community has given her – it’s easy to get pigeonholed and focus on things that are right in front of you. But the bigger picture is really why we’re here and I think we didn’t lose sight of that.”