Olympic Champion About Running The Race To Win 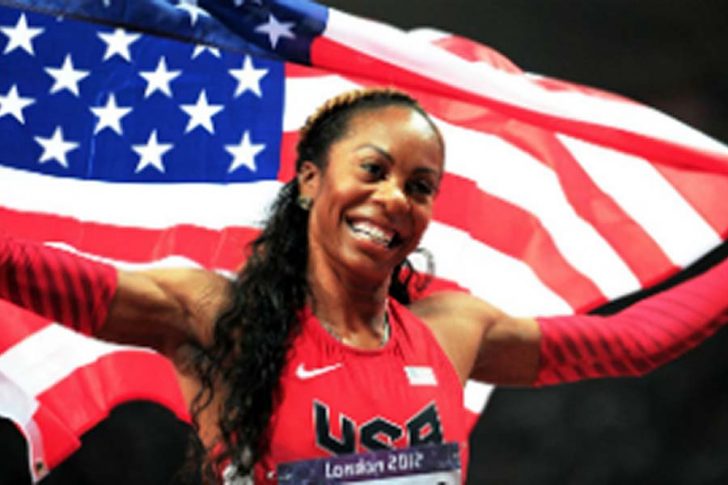 Sanya Richards-Ross holds up the United States flag at the 2012 Olympics in London. (Contributed photo)

Sanya Richards-Ross has completed the 400-meter dash faster than any other American woman. At the 2012 Olympic Games, she became the second American woman in history competing in the 400 meter race to be crowned an Olympic Champion, and the first American woman in nearly three decades.

Richards-Ross is the second most decorated female track and field Olympian ever, but that is not all. She is also a public speaker, philanthropist, entrepreneur and television personality. She founded the Sanya Richards-Ross Fast Track Program in Kingston, Jamaica, which provides children with literacy training, physical education and healthy meals. And her sports clinics are meant to empower young people with the necessary skills to succeed in life, both on and off the track.

Roman Gabriel III spoke with Richards-Ross about her book, competing in the Olympics. That faith that sustains her.

Roman: Your book “Chasing Grace”, What the quarter mile has taught me about God and life. Would you tell us about that experience?

Sanya: Actually, I have two versions, Chasing Grace for adults and Run with Me, which is for kids ages 8-12. I was so excited, so happy. I waited until my career was over, because writing a book takes a lot of work. It was such a great journey to fully explore all of my experiences and to figure out what were the most important moments I wanted to share with the world to hopefully inspire other people to do great things.

RG: Can you talk about your thoughts about running the race on and off the track?

S: Absolutely, I think it is biggest takeaway from the book. As a young person, I was always chasing something. Later in life, it was about records, medals and all of those things. But, ultimately I was fortunate to run into grace. I realized that it wasn’t about a physical race, but a spiritual race – becoming the best person I could be and glorifying God as much as I could through my journey. The 400-meter is one of the toughest races on the track, there are many times in life where things get tough too. So, many of the lessons I learned through the 400 are absolutely helping me to live the best life I can. 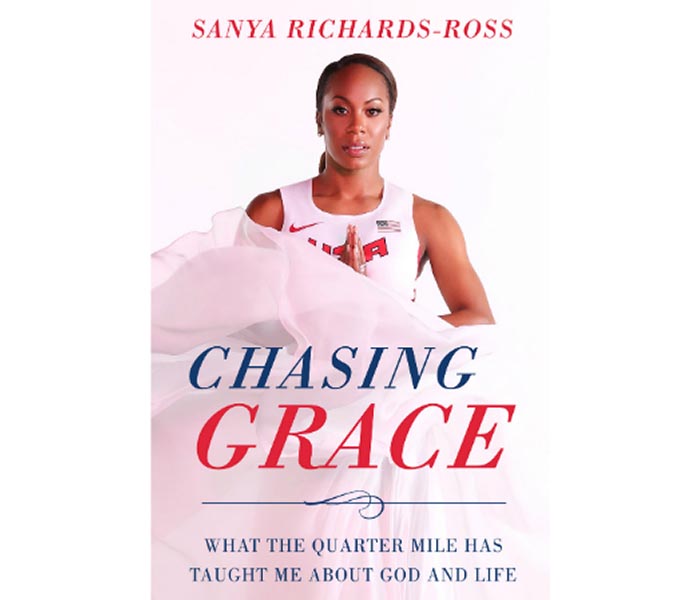 RG: What makes a person want to run one of the most grueling races in the world, the 400, and make that your life’s mission?

S: (Laughing) I don’t know Roman, but I can tell you one thing, running always came natural to me. And whenever you’re doing something that is really a gift, you do feel closer to God. Whenever I was practicing or training, I always felt like that was what I was born to do. Those times were often when I had my most revealing moments, and my most prayer-filled moments – on the track.

RG: What was your strategy in running the 400?

S: My coach trained me in the four “Ps.” Broken down into four sections: push, pace, position and poise. And the fifth “P,” which is always prayer. The four hundred taught me a lot, and I’m very grateful that I found this race and success on the track. I’m really blessed.

RG: What is it like to win four Olympic Gold Medals, to set your sights and goals really high, and then reach them?

S: Well, first of all, I always had a desire to be great. I think that was all. As a young person, I always thought I could do great things, but that was also nurtured by having an amazing family. I had tremendous support from my mom, dad and sister, who came to every track meet and encouraged me along the way. What I learned was that when you set lofty goals, you are setting yourself up to be vulnerable to failure.

RG: Why is failure so important in the process of becoming successful?

S: You cannot be afraid to fail, because those are the things that strengthen your character. Also, it helps you to redefine your goals and motivates you even more. For me, it was the most fulfilling experience of my life, what I would say helped me to run into my fairy tale, and finally get that individual Gold Medal. It’s hard to put into words what that meant. What made it even more special was my whole family being there. It’s amazing when you set a goal for your life, go through the ups and downs and actually accomplish it.

RG: Your success has been awesome on the track, but how has it furthered your influence and platform off the track?

S: I think our greatest responsibility, no matter how we reach success, is to reach your hand back and to always share and give to others. Some of the greatest moments of my life are not stepping on the podium, but being able to give back to the community. I’ve had a great program in Jamaica for years that helped over 700 kids to read on their grade level. When you get an email from a kid who went off to college and is in a pivotal part of their life, those things mean so much more to me than track success. I really think, as athletes, role models and celebrities, it’s very important that we use our platforms to inspire others, and to do good in the world. The world needs it. I take that role very seriously.

RG: Obviously your career was a great success, but you are also married to a former New York Giants’ defensive back, Aaron Ross, who won two Super Bowls. That’s quite a family picture. Your trophy room must be impressive?

S: At the height of our careers, we were traveling a lot and not home very much. I traveled all over the world, and in our first home we had a really nice trophy room. But we moved – with babies coming, nurseries and everything. We do have a cool room with all of our stuff, but that’s not really the most important thing to me. It’s more of the journey, and our memories together. That’s just icing on the cake for us.

RG: When you were competing, did you have a favorite passage from the Bible ?

S: There is, the one I would say whenever I was on the starting line is Philippians 4:13, “I can do all things through Christ who strengthens me.” When you’re standing on that start line at the Olympics, you’re so nervous, and sometimes that can cripple you. I always reminded myself, I can do anything if I just trust and believe in God. 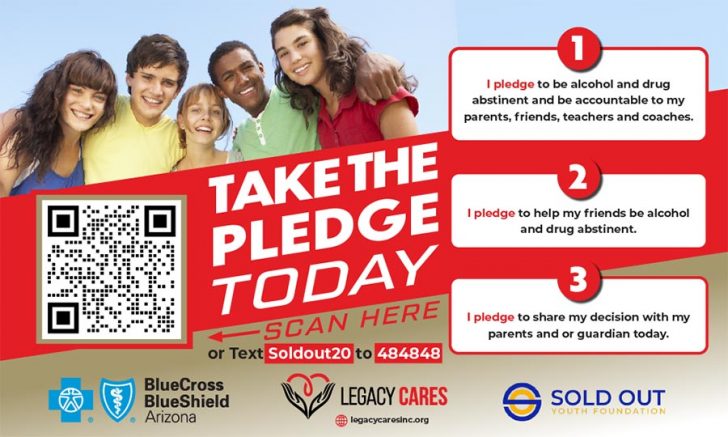