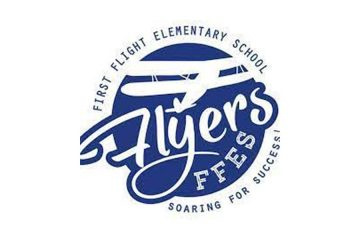 Dare County School officials are not revealing many details about a potential threat affecting First Flight Elementary School on Jan. 10 that was quickly deemed to have posed “no threat” after an investigation.

On Jan. 10, First Flight Elementary School [FFES] parents received a notice from Dare County Schools Assistant Superintendent Steve Blackstock stating that, “After dismissal this afternoon, First Flight Elementary School Principal Sara Fletcher received a report of a student stating their intention to bring a weapon to school. The FFES administration, DCS administration, and Dare County Sheriff’s Department worked collaboratively to thoroughly investigate. At this time, we have determined that this situation poses no threat to students or staff.”

The message added that in order to err on the side of safety, there would be an increased police presence around First Flight Elementary School on Jan. 11.

In response to Voice questions about the incident, Blackstock said that the investigation that concluded there was no threat “took place between the end of school and when I sent the message to FFES parents and staff that evening.”

He also said that the Dare County Sheriff’s Office “takes the lead on these investigations, but we work hand in hand with them to make sure all students and staff are safe in our schools. As soon as we receive any report of this nature, we immediately reach out to law enforcement and begin an investigation.”

Stating that he could not “answer anything that may reveal confidential student information or compromise our safety protocols,” Blackstock declined to answer questions regarding the steps taken in the investigation or whether the increased police presence was still continuing.

But in his email, he wrote that “I would encourage any parents who have concerns to reach out to the school and/or district administration.”

In recent years, there have been some alarming threats involving First Flight schools, leading to a school safety forum at First Flight High School in January 2020 that followed two social media threats of violence against that school in December 2019. The first led to a lockdown of the three First Flight schools and the second, just two days later, resulted in the cancellation of classes at those schools.

In January 2020, Dare County Schools joined more than 100 other North Carolina school districts in implementing an anonymous reporting system that allows students to use a cell phone app, a crisis hotline or their desktop to relay a wide range of safety concerns to a call center.