New Netflix “OBX” series might be filmed in South Carolina 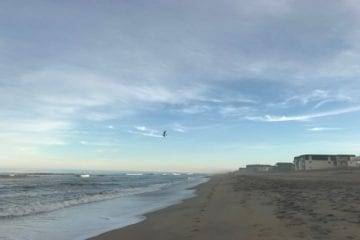 On the beach in Kill Devil Hills. (Kari Pugh)

A new series about the Outer Banks is coming to Netflix, but due to lingering effects of North Carolina’s controversial “bathroom bill,” it likely won’t be filmed anywhere near here.

“OBX,” created by Wilmington resident Jonas Pate, follows a summer of change for four teenagers in a fictional Outer Banks town after a hurricane knocks out all outside communication.

Pate told the Wilmington Star News that Netflix, which has yet to officially announce the series, has picked it up for 10 episodes with plans to start shooting this spring.

Production was set for Wilmington, but it might go to to Charleston, S.C.  because of provisions of the partially repealed HB2, which required people to use gendered bathrooms based on their biological sex.

Pate said Netflix doesn’t like a particular clause in the replacement bill, one that forbids towns and cities from passing anti-discrimination ordinances to skirt the bill’s requirements.

That clause expires at the end of 2020, but Pate told the Star News that if state lawmakers can push to end it sooner, the show might still be filmed in North Carolina.