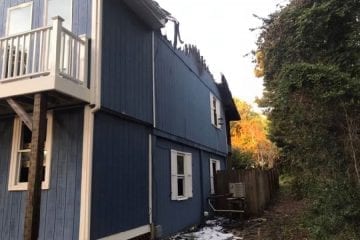 The first fire in the 100 block of High Dune Loop apparently started with a barbecue grill next to the house and caused considerable damage, according to Sgt. Eric Brinkley with the Southern Shores Police Department.

Two minutes later, fire crews were sent to a fire in the 300 block of Duck Road.

An electrical problem apparently touched off a fire in a detached garage that spread to the nearby house, causing major damage, Brinkley reported.

All of the occupants in both houses got out without injuries.